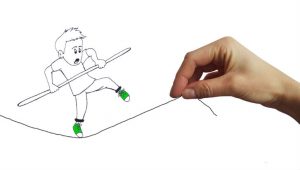 It was due to come. Infor has reported a fall in revenue year over year in its latest quarterly results. In Q2 2020, revenues fell by 3.4% to $772.6 million year over year. Infor is an ERP vendor with many legacy on-premise installation for which it still relies on a large proportion of its revenues. The problem, similar to that of SAP and Oracle, is that companies are no longer buying these and are often stopping maintenance and upgrades of them.

The good news for Infor is that Cloud subscription revenues continue to climb. SaaS revenues were up 11.8% to $179.4 million, compared to $160.5 million in Q2 2019. SaaS revenues now make up more than 75% of its software subscriptions and license revenues.

The drop in total revenues is due not just to the drop in license fees. Product update and support fees (normally associated with legacy products) also fell by 12.8% to $336 million. Consulting services and other fees fell by 15% to $187.7 million. It is likely, with demand from customers for faster installations, that this revenue stream may continue to fall. However, as more customers come on board subscription revenues should continue to climb.

The fall in revenues also contributed to Infor reporting a large drop in profits with an adjusted EBITDA of $176 million, a decrease of 9.9% on Q 2019. However, this reduction was also due to some strategic decisions that Kevin Samuelson and the board has taken in the quarter. The cash balance remains at a healthy $247.3 million.

Refocus rather than strategy change.

Since taking the CEO role and bringing a new team together, Kevin Samuelson announced on the analyst call that they have been taking a deep look at the product portfolio and the overall strategy. He said: “We are not making any major changes to our key strategy.“

The focus will remain on: “ERP for manufacturing, healthcare, public sector and hospitality”. Infor will also progress its edge products such as Asset Management and analytics which complement that key focus. However, the review has identified some product areas that the company will “de-focus” on.

Samuelson stated: “As we undertook this review there are some areas in the business that are not as well positioned for long term success. As such we have decided to defocus on a few areas as part of our future strategy. One example of this was a push into point of sale software for retail. While this market is under served and there is market opportunity, it requires a set of capabilities that are very different from our strengths and operational software. Additional the amount of R&D work to make this into a best in class software and a scalable business was beyond what we think make economic sense.”

An end for Infor Retail?

Infor POS was once Starmount Engage, part of the acquisition of Starmount. A company that Infor acquired in 2016.

The acquisition of Vivonet and its products was and is still focused on the hospitality market and is still very much part of the core market proposition as laid out by Samuelson.

What about Retail? The original champions of that team, Duncan Angove and Corey Tollefson, are no longer with the company. They have now co-founded an interesting new investment platform called Arcspring. Another leader in Retail, Jason Berry who was VP EMEA at Infor Retail, has also left the company.

Infor may continue to invest in Retail and certainly its demand management solutions are best in class. It seems likely it will focus on analytics-based solutions as well as Workforce Management, Infor Nexus and CloudSuite WMA to help retailers rather than the full Retail ERP solution including that POS solution which aimed to compete with Oracle, SAP and JDA.

What else will Infor drop?

Samuelson did not specifically mention any other areas. However, Infor has a large number of products, some of which are more relevant to the core strategy than others. One of the peripheral products is PSA. There has been little focus on it in recent years and it will be interesting to see whether it is dropped. Others that probably won’t be dropped include HCM and CRM.

The impact of this was a $55 million one-off charge to the business and a small impact on the long term to SaaS revenues (2%). It will mean the loss of $10-15 million of annualised revenues. However Samuelson indicated that there are savings, around $75 million. These will come through in the third and fourth quarter of the year.

This refocus on core strategy is another quick decision by Samuelson. He has rebuilt the team and now refocused the company. The healthy cash balance means that he will now turn his eyes to acquisitions to help grow the business in 2020. Samuelson noted: “We are absolutely looking for M&A”. He said that he has the backing of the investors who are taking a longer term view of the company.

Where will Samuelson look to strengthen the portfolio? Recent acquisitions have focused in the hospitality area but will Infor look to add new technologies such as RPA? It recently signed a partnership agreement with Signavio, could they become a target? Alternatively it may look to complete aqui-hires, especially to extend its AI expertise for its Coleman platform. Interestingly there was no mention of an IPO during this call. That subject will no doubt be raised again in the future though.

Samuelson is already putting his stamp on the company. He appears to be taking Infor forward in a dynamic manner. While the emphasis on the analyst call was around the strategic focus, and rightly so, it also raises a few questions about the detail.

The fall in revenues may last more than a single quarter. However, with growing SaaS revenues this will balance out in time. While the growth rate is only 12%, its core markets such as manufacturing are growing much faster, according to Samuelson. It is likely that some of the dropped areas will see stronger percentage growth next quarter.

Samuelson was keen to point out that Infor are working with customers through the transition. It will be interesting to hear which other areas they will defocus on. One of the challenges is that much of the Infor technology stack is interlinked. The risk is that by cutting out these application, it might be the element that helps to win larger deals. Only time will tell.