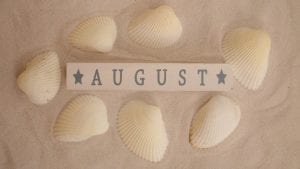 Within the PSA sector, it was a fairly quiet week. After nearly two years with little to announce, Function Point revealed a proofing tool for creative agencies. Replicon also launched the self-driving Polaris PPM.

Planful revealed record growth in the first half of 2021 in a business update that revealed it added a customer a day on average. Those customers included: ADA Health GmbH; Alladapt; Immunotherapeutics; FIGS; Envoy; Zipline Logistics; Amcor; SPG Global Specialists; and Quantexa. Subscription revenues grew 61% in the first half of the year, impressively a growth of 10% higher than H1 2019.

The company now has 360 employees, adding more than a hundred during the period. International growth also accelerated with the number of customers doubling in the period, though the baseline is presumably low. The highest growth, in terms of numbers, is still likely in North America.

Grant Halloran, Chief Executive Officer, Planful, summarised, saying, “Our results in H1 are a testament to the hard work our team is putting into our growth transformation, achieving record growth and customer acquisition rates, and strong expansion in our global partner ecosystem.

“News from week beginning 9th August includes research from ADP, Procore and Workato as well as a product update from Function Point For the last two years, we’ve been on an expansive, transformative journey, delivering product innovations and operational improvements that bring better, faster planning and decision-making capabilities to our customers. Our results and momentum tell us we are well-positioned for the next phase of our mission.”

NICE has acquired GoMoxie, an innovator of advanced digital assistance tools that anticipate customer needs and guide them through their online digital journey with relevant snippets of information.

ServiceNow has signed an agreement to acquire Mapwize, an indoor‑mapping and wayfinding company in Lille, France.

N-able appointed Kathleen Pai as its new chief people officer. Pai was previously CPO at Solarwind and, before that, was Vice-President People at Ultimate Software.

SYSPRO has appointed Scott Hebert as CEO of SYSPRO USA. Scott joined SYSPRO USA in 2020 as Chief Sales Officer and has over 25 years of experience in building successful sales and business strategies.

BestOutcome has partnered with an Australian based organisation, Project Bureau, to help expand the reach of their PPM tool PM3 in Australia, New Zealand, South East Asia & China.

KPMG Spark has selected Bill.com as their preferred partner to offer automated bill pay for their clients. KPMG Spark, a business unit within KPMG, is a managed accounting solution that connects small and medium-sized businesses with a dedicated KPMG bookkeeper to provide real-time online bookkeeping services.

Sonia Dorais revealed a list of 29 accomplishments. Chaser has delivered in her first year as CEO.

Proservartner has entered into a referral partnership with Esker for its procure-to-pay and order-to-cash solutions.

Freshbooks raised US$80.75 million in a Series E funding round led by longtime investor Accomplice, with participation from J.P. Morgan, Gaingels, BMO, Manulife and Barclays. It also raised the additional US $50 million in debt financing. It achieved a valuation of over US$ 1 billion.

IntroHive has partnered with Atlantic Technologies. The partnership is designed to better support customers through the digital transformation journey by adopting cloud computing and AI-powered solutions.

EY and Microsoft have expanded their strategic relationship. The intent is to further align EY business ingenuity with Microsoft’s cloud technologies to create long-term value for their respective clients with an incremental US$15b growth opportunity over the next five years.

Nexthink published a business update for H1 2021. New business jumps 50% during the period, and ARR grew by 122%. The company now has 772 employees and reached a valuation of $1.1 billion after a Series D funding round of $180 million led by Permira.

Trintech has signed a 70,000square-foot lease at Granite Park Seven (5600 Granite Parkway) in Plano, Texas, for its new headquarters.

Jussi Karttila, Zefort CEO, published a business update sharing how the company has grown in Finland and across the Nordics and central Europe. He also shared the company objectives for the coming year.

Adobe Workfront published a case study around a deployment at Kids II, a global toy and product manufacturer based in Atlanta, GA. After deploying Workfront to help manage projects, it increased efficiency by 50% and reduced email by 90% and meetings by 50%.

Vitacup has deployed Brightpearl retail operations platform. It syncs seamlessly with its Shopify Plus-powered website and offers a single source of truth across the business’s multiple DTC and B2B sales channels and marketplaces, including Amazon.

Infor announced significant success and momentum for its cloud-based healthcare interoperability. It has expanded or created more than 100 new relationships, including Hermes Pardini Group, Penn Highlands Healthcare, and Sentara Healthcare.

Revlon Inc will use the RISE with SAP offering to expedite the company’s strategic cloud migration.

Schneider Electric has empowered nearly 150 citizen developers to integrate more than 100 cloud and on-premises systems across the company using the SnapLogic intelligent integration platform. It has driven up employee productivity, resulting in faster innovation and greater business impact.

Aprimo launched Content Return on Effort (ROE) for its SaaS content operations platform. Content ROE showcases how assets perform across campaigns in the context of the effort—time, budget, and resources—that went into creating and distributing it.

Chaser became one of the first apps on the Xero Appstore.

Drona has launched a Query Builder control in DronaHQ to effortlessly create dynamic SQL queries for your database and assign them to data visualization components.

Kryon announced a native integration with Citrix environments to support greater scalability of automation in the workplace. The integration will provide a seamless user experience for developing and executing any automation task on a Citrix server, especially for remote workers.

Salesforce launched Salesforce+, an all-new streaming service with compelling live and on-demand content for every role, industry and line of business, all in one place. Salesforce added innovations for its Care from Anywhere solution. They are:

Scoro revealed its sixth update in 2021 with improvements, including updates to Gantt charts and its Zapier integration.

CAI Software ShopVue, a modular Manufacturing Execution System (MES), announced the availability of a cloud-based solution in addition to its on-premise solution.

Xero unveiled its most comprehensive improvements to bank reconciliation on the platform in a decade to help give small business owners more time back in their day.

The ADP Research Institute published a study entitled “On-site, Remote or Hybrid: Employee Sentiment On The Workplace.” It highlighted the pro and cons for employers to consider in the attitudes of employees. For example

The report also revealed at least eight different factors that employers should consider for working arrangements.

Procore released new research revealing a gap in the digital capabilities required to support quality assurance and compliance with new building regulations in Australia. 92% of construction leaders surveyed agreed that technology plays a role in capturing information that may be required by relevant authorities. Just 29% use specialist software to support their quality and compliance processes.

Procore also sponsored a new survey from international research firm IDC that found most construction projects are delivered late and significantly over budget compared to the owners’ original plan.

Workato has published the W*rk Automation Index for 2021. Based on anonymised responses of 700 customers, it compared automation from April 2019-March 2020 with April 2020 to March 2021. The pandemic has spurred organisations to automate more departmental processes.

Pre-pandemic more than 30% automated processes in only a single pandemic. Post pandemic, more than 30% automated processes across five departments. All departments saw increased automation, with Customer services increasing by 290%, and finance and accounting increased by 199%. Responsibility for building the automation is not confined to IT, with 45% of them created by the business.