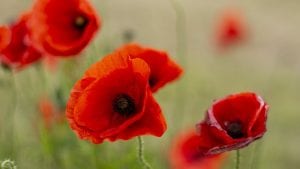 Big acquisition news last week included the purchase of Workfront by Adobe for $1.5 billion. It wasn’t the largest though (see below) with Planview changing hands for $1.6 billion. In another deal north of $1 billion, Pipedrive was acquired by Vista Equity partners

Key product news included the launch of DemandBase One, the combination of Demandbase and Engagio following the latter’s acquisition earlier this year.  Zendesk announced a deeper integration with Facebook Messaging solutions, including WhatsApp, Messenger and Instagram to its CRM.

PartnerScore launched a new product on the market, bringing a methodology called Mindshare that enables organisations to measure the health of their partner relationships.

Aaron Harris, Sage CTO, spoke to Enterprise Times about the future direction of Sage Business Cloud. He revealed the future of Sage 200 and how he is evolving the strategy.

Salesforce launched Revenue Cloud. It brings together its CPQ and Billing products to deliver a complete quote to cash solution. Targeting B2B customers, the platform aims to simplify and the buying process and includes ERP integration to complete the process. The platform includes a new CPQ-B2B commerce connector that enables organisations to customise digital storefronts. Sellers can now create even more complex and configurable pricing options linking CPQ with Commerce. This enables the buying process to be simpler, and Sales agents only need to get involved when required rather than for every transaction.

The Access Group has acquired Unleashed, a New Zealand headquartered organisation offering inventory management software for the manufacturing, wholesale and distribution markets across Australasia, the UK, US and EMEA.

TPG and TA Associates are to acquire Planview from Thoma Bravo for $1.6 billion. Thoma Bravo will retain a minority share.

AccountsIQ launched AIQ Academy, a new e-learning resource. Based on LearnUpons LMS platform It provides “just-in-time” training on how to use AccountsIQ’s financial management software for both new and existing users.

Asite revealed that it added Callida to its reseller channel. This extends the market footprint for Asite to the Czech Republic, Poland, Slovenia, and Slovakia markets.

BMC has expanded its sponsorship of the BreakLine Technology Education program. It has become a founding sponsor of BreakLine Apex. BreakLine Apex is a new education program that focuses on the recruitment, coaching, and mentorship of talented people of colour, with an initial focus on Black and Latinx candidates, for various technical and business roles in top technology companies worldwide.

Cleo has enhanced its global partner program increasing the benefits for System Integrators specifically. Enhancements include more revenue opportunities, direct access to CIC and formalised training through the Cleo University.

Kissflow announced a partnership with Google Cloud and will offer its no-code workflow automation solution on the Google Cloud Marketplace.

Kryon announced a strategic partnership with Hyperscience to enhance Kryons full-cycle automation with the Hyperscience Intelligent Document Processing. In a separate announcement, Kryon revealed eight new resellers from across the world to its channel ecosystem.

Prophix revealed its Q3 2020 results. Cloud revenue jumped 118%, mainly from net new customers. Alok Ajmera, President and CEO, Prophix, commented: “We added 60 new cloud customers in Q3. This is in addition to improving the company’s Net Promoter Score (NPS – a measure of customer satisfaction), which jumped to an industry-leading 81 in Q3.”

Qlik announced an expansion of its strategic partnership with Databricks through Qlik’s integration with the newly launched SQL Analytics capability. Databricks customers can now leverage the full capabilities of Qlik’s end-to-end data integration and analytics platform with Databricks’ Lakehouse architecture to increase the use and value of all the data residing in their data lake.

Salesforce and Bloomberg Media launched a new Customer Centricity Index. This data-driven list reveals the top companies and leaders that are shaping their businesses to prioritize the needs of their customers first. The top five brands from the full list are

Workiva announced its Q3 2020 results. Revenues were up 19.8% year over year to $88.1 million. There were increases in profits and GAAP gross margin. It also now has cash reserves of $523.9 million. Workiva also revealed some solid key SaaS metrics. Revenue retention stood at 94.9 %, and its deal sizes are also increasing.

MRO Logistics, a company that adds value and operational efficiency to the logistics of materials and third-party assets, has selected IFS Applications 10 to support its operations in Brazil, Colombia, Chile, and South Africa.

SAR Group has selected Infor EAM. With the help of Infor partner Prevas, the waste chain management leader will roll out the solution to its facilities in Norway and then its operations in Kuwait. Ambulatory Surgery International (ASI) will roll out Infor SunSystems Cloud Edition with the assistance of Infor Gold partner TouchstoneFMS.

OneAIM, a Joint Venture (JV) between Interserve and Jacobs, has introduced electronic timesheets for 450 workers delivering the Operations Site Works (OSW) framework contract for Sellafield Ltd. Powered by the KissFlow no-code platform it has digitised the existing paper and excel based forms to deliver significant benefits. These include better accuracy, improved visibility and lower costs.

Louwman Group, one of the biggest car distributors in Europe, has used the Mendix low-code platform to develop the app, “MijnContract” (“MyContract”),  for one of its subsidiaries, Alcredis Finance.

UK challenger bank Allica has built personalised experiences for its customers using the Mulesoft API platform. Simon Bateman, CIO, Allica Bank. “At Allica, we’re giving these SMEs access to the modern, straightforward digital banking tools many have come to expect from their consumer bank. To have been able to build a bank capable of this in 12 months is staggering. MuleSoft has been a vital partner to us on this journey, playing a central role as we develop a modern bank with integration at the heart.”

ThinCats, a UK-based alternative lender to mid-sized SMEs, has partnered with Salt Edge, a leader in offering Open Banking solutions, to improve the efficiency of its upfront credit assessment and ongoing loan monitoring processes.

Home Instead Australia has expanded its relationship with SugarCRM. In addition to  Sugar Sell, Sugar Serve and Sugar Connect, it will now extend use across the SugarCRM CX platform

ActiveCampaign has extended functionality for eCommerce in time for the new season. It has improved the ability to deliver 1 to 1 personalised experiences across multiple channels.

Agiloft released a major product update that includes improved integration to MS Word, Tableau and Salesforce. It has also improved the AI training model with an awareness of more data points. There were also some UX improvements.

Cezanne HR has added a mobile app tied to the Time module to enable employees to clock in and out. Once validated, the app will be available on both Google Play and Apple App Store.

IRIS announced a host of product updates ahead of its virtual conference. They include:

Neo4j launched a Connector for Apache Spark. The integration tools facilitate the movement of data between the Neo4j Graph Platform and Apache Spark.

Scoro revealed updates in 20.5, including the ability to create multiple purchases orders for suppliers based on a single customer quote. It has added more Zaps, enhancing Zapier integration and added links to PDFs for invoice and quotation triggers.

DronaHQ is launching a survey to understand better the opportunities and challenges that lie ahead for technology leaders and organizations. Valid respondents will receive $100 credits across DronaHQ products (T&Cs apply). The survey is targeted at CIOs, Application Leaders, Internal App Developers, Digital Tx Consultants, Data Scientists.

Procore published its Procore’s Construction Activity Index. It shows the state of construction across Canada based on workers hours between March and September. While Ontario and Quebec have recovered strongly, Alberta is still weak.

A survey carried out by Dynata and sponsored by SAP has unveiled 2020’s holiday shopping preferences in the US. Despite more than two-thirds expecting to shop online, 60% also expect to go to a store. The key frustration for shoppers was difficulty in finding the products they want (39%). Shoppers expect helpful and prompt customer service, with Online chat (32%) and Phone (24%) and in-person(24%) most popular

YouGov study commissioned by Tableau highlighted different levels of optimism based on how data-driven a business is. Key findings include

A study by Tipalti revealed the impact of COVID on global payables. The average remittance per transaction has declined during the pandemic. It dropped 5% from March to May, recovered only 1.2% from June to August 2020. Regional the figures varied with Asia and Oceania increasing ART. South America (40.72%) and Africa (35.57) were the biggest fallers. The study also looked at the Advertising & Marketing, Retail, E-commerce, and Marketplaces industries.