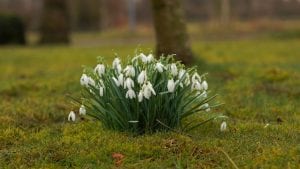 IFS launched IFS Cloud, it’s next-generation combined solution that delivers Moments of Service to customers. Following on from its rebrand, it signals a major shift for the company as it offers a modular suite of applications. Sage Intacct announced a partnership with Corporate Spending Innovations and will white label an AP and payments solution.

There were more results this week, with Oracle providing good results but warning of a soft Q1. Several companies raised funds: Scoro raising $16 million to fund expansion into the US, and Icertis raised 80 million on a valuation of $2.8 billion, its last before an IPO?

Asana published its Q4 and full-year 2021 financial results. With work management platforms being acquired every month, Asana showed why there is such interest in the category. Its Q4 revenues were up 57% to $68.4 million, and full-year revenues were up 59% to $227 million. Asana now has 93,000 paying customers and 1.5 million paying users.

That growth is expensive. Asana posted an operating loss of $175.6 million. It can sustain that level of losses as it continues to grow, with cash reserves standing at $405 million at the end of the year. Besides the operating losses, though, the other indicators, such as average deal value and retention, are heading in the right direction. The majority of the costs are in product development and Sales and Marketing. Product development stands at 53% of revenues, sales and marketing 78%, and general administration 34%. The latter especially seems high. It will be interesting if Asana slows its sales and marketing investment slightly during the year.

Dustin Moskovitz – Co-Founder and CEO commented: “This year, as our revenue grew rapidly at 59%, we succeeded in scaling our culture as well and building an environment where our team can thrive as they create value for our customers.” – Source Seeking Alpha

Akerna is acquiring Viridian Sciences, a vendor whose cannabis business management software system is built on SAP Business One.

Charlesbank Capital Partners, LLC has signed a definitive agreement to make a strategic investment in Ivanti. While Ivanti did not disclose terms, Charlesbank, Clearlake, and TA will have equal representation on the Ivanti Board of Directors.

ThoughtSpot, the leader in search & AI-driven analytics, announced a new investment from Snowflake Ventures, the ventures arm of Snowflake. Terms were not disclosed.

Workday has completed its acquisition of Peakon. Phil Chambers, co-founder, and CEO, Peakon, commented: “Six years ago, we founded Peakon on the belief that an organization’s most valuable assets are its people, and that people do their best work when they feel heard and supported at work. As part of Workday, we’ll accelerate and extend that belief – providing organizations with more of the real-time visibility they need to support their employees and build better businesses.”

Alteryx has appointed former Google executive Anjali Joshi to Its Board of Directors.

Demandbase has appointed Heather Zynczak to its Board of Directors. Zynczak is the former CMO of Pluralsight and Domo.

IRIS has appointed Jim Scott as its new Managing Director (MD) for Accountancy. Scott previously worked at Sage. The company has also appointed David Turner as Chief Marketing Officer. Turner was previously CMO at SideTrade, building up the start-up marketing team. He has previously held marketing leadership positions at NetSuite and Unit4.

Asite launched a referral program. The aim is to get Asite customers, both individuals and companies, to refer Asite to business customers.

ManageEngine, the enterprise IT management division of Zoho Corporation, announced that it had received PinkVERIFY ITIL 4 certification for four of its solutions. These are ServiceDesk Plus Cloud, Incident Management, Change Enablement, Problem Management, and Service Request Management practices. ServiceDesk Plus is one of only five ITSM solutions in the market to earn PinkVERIFY ITIL 4 certification.

Rimini Street announced a proposed stock offering this week and later revealed that it hopes to raise $60 million from 7,750,000 shares of common stock, priced at $7.75 per share. As of writing, its share price stood at $7.79.

Caledonia Group has selected SugarCRM to deliver a unified cloud-based platform to reimagine its sales and marketing operations.

Due to demand, Tableau has opened a new region in the UK for its SaaS solution, Tableau Online. The new region will host the databases, compute machines, and storage for Tableau online to meet European customers’ demand.

Totalmobile revealed that it had reached the landmark number of 1,000 customers in the UK and Ireland for its Field Service management solution.

Riverside Community College District (RCCD) has selected the full suite of Anthology’s CampusNexus SaaS solutions and will deploy them across the District and its three colleges.

APRIL International, a leading global insurance managing general underwriter based in Asia, has selected Ephesoft to automate its claims and hospital invoices processing.

Bordeaux hotel group Acquitaine is expanding deployment of its Infor HMS across its 16 properties.

Russian Telco VimpelCom is rolling out the Qlik analytics platform to over 11K employees to fuel data-driven business processes.

Pharmacy295, the largest online pharmacy store in Greece, has chosen Soft1 Cloud ERP Series 5 from SoftOne to support its digital transformation program. CloudOn, a SoftOne certified partner, will implement the solution which will integrate the ERP with their eCommerce platform.

FreeAgent has launched a new iOS app for IPads. The application has similar functionality to the mobile application but is designed for the larger screen format. The release introduces new features to allow email and image attachments. There is also the ability to manage bank feeds securely on the device.

Mulesoft has launched MuleSoft Composer for Salesforce. Built on the Anypoint platform, It can connect apps and data to Salesforce quickly and easily. It does so within the Salesforce UI.

Qlik unveiled several new features for its integration with SAP. There is a new SAP connector and the first in a series of SAP focused data and analytics solution accelerators, SAP Order to Cash.

Xant announced a list of product innovations it has added to PlayBooks. It also revealed what it hopes to roll out in the next year. The announcement highlighted the problems sales teams face and the solution that Xant has delivered.

Xero launched Xero verify, an authentication app that enables users, both in small businesses and advisors, to set up multi-factor authentication for Xero accounts. In 2021 Xero will enforce MFA for all users.

Elmo software unveiled findings from a Trans-Tasman survey revealing that businesses believe that the job losses from COVID-19 will not be repeated in 2021. 85% of Australian and New Zealand HR professionals anticipate workforce sizes to remain the same or increase over the next year. The top two challenges faced in 2021 are Upskilling, cross-skilling, or reskilling the workforce (26%) and leadership development (26%). 97% of organisations offered some form of flexible working to employees, but challenges remain.