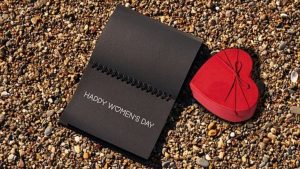 The previous roundup is found here.

This week, at Microsoft Ignite, it announced a flurry of announcement for Dynamics 365, adding to the industry clouds it announced last week. New capabilities include:

Microsoft also announced updates to help people work remotely. Enhancements to Teams include the ability to create interactive webinars for up to 1,000 people. The solution is also capable of extending to up to 20,000 for view-only broadcasts. Teams Connect enables users to share channels both within and outside the organization. Microsoft also unveiled Microsoft PowerPoint Live in Microsoft Teams. As video conferencing becomes the norm, Microsoft has also expanded support for more devices adding the new Dell Video conferencing monitor, the Poly 21, the new P15 video bar, and the new Cam 130 by Aver.

SAP completed the acquisition of Signavio this week.

Cornerstone OnDemand Inc has made several internal appointments as its leadership team evolves. Heidi Spirgi has transitioned from Chief Strategy and Marketing Officer to Chief Strategy and Growth Officer. Theresa Damato has been named Cornerstone’s Chief Marketing Officer. She was most recently the CMO of Saba. Vincent Belliveau, Chief Executive of EMEA, was appointed Chief International Officer.

FP has announced Scott Matthews’ appointment as CEO of MRP, its predictive intelligence for sales and marketing business. Matthews succeeds Kevin Cunningham, co-founder of MRP, who is stepping down after 13 years as CEO.

Symphony SummitAI appointed Ryan van Biljon as Vice President of Sales for the Americas. He has previously led revenue teams at Apple, Dell, and Xerox and spearheaded the growth of service desk startup Samanage to its $350 million acquisition.

Lightyear, one of the fastest-growing AP software platforms, and AccountsIQ, Financial Management Software (FMS) for mid-market SMEs, have partnered to produce a complete business automation and management solution.

Arcoro announced a partnership with RedHammer, a leading provider of outsourced accounting solutions for the construction industry. The combination will enable construction companies to leverage the HR and Financial solutions in combination.

DSI launched FieldInventory.com to support the company’s supply chain solution for non-traditional environments. Hitachi Construction Machinery Zambia also selected DSI ScanWorkX® initially to work with Microsoft AX, but it will retain the solution as it migrates to Dynamics 365.

Intact is to recruit for 40 new positions in Ireland and the UK in 2021. Justin Lawless, CEO, Intact,  said: “At Intact, we don’t just develop software, we develop our people too. We’re excited to be recruiting new talent at a time when the economy is facing significant challenges.”

Monday.com has opened its first data centre in Frankfurt, Germany, opening up its EU region.

Procore updated its Form S-1/A with the US Securities and Exchange Commission to move closer to an IPO. It still has to determine the number of shares it will sell and the price.

SAP announced its intention to become carbon-neutral in its operations by the end of 2023. This is two years earlier than planned, and the information was included in the SAP’s Integrated Report 2020.

Monmouthshire Building Society is rolling out Blue Prism’s turnkey cloud platform and plans to automate up to 170 processes through the intelligent automation solution.

Demandbase celebrated the success of five customers that have deployed Demandbase One, its new ABM platform, which combined Engagio and Demandbase solutions. The five were Coupa, Silkroad Technology, Dialpad, OneLogin, and SmartRecruiters.

Cimcorp, one of the world’s leading providers of automation systems for the tire industry, has become a pioneer customer for IFS Cloud, the solution IFS will launch on Wednesday.

Xero published findings that sought to identify the traits and trigger points that lead Australians to become self-employed. The research revealed that the tipping point to business ownership is often a combination of becoming fully convinced of the opportunity, the lure of financial independence, and dissatisfaction with their current work situation.