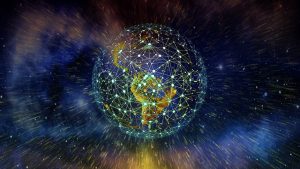 Global datacentre and interconnection giant, Equinix, has released its latest Global Interconnection Index (GXI). It shows a remarkable change in the way organisations plan to connect with partners and peers.

Large enterprise have always preferred private links over public connections. What the GXI shows is just how much growth is expected in the private interconnection market.

The report also shows that there are key data hotspots around the world where traffic levels are through the roof. London, for example, currently sees 35% of Europe’s private data exchange growth. That isn’t tailing off and, importantly, Equinix believes it will continue to grow.

Frankfurt (58% CAGR) is expected to grow marginally faster than London (52% CSGR) over the next few years. The question is how well will Frankfurt cope with the growth. London is a much more mature market with far more capacity than Frankfurt. It will be interesting to see just how quickly Frankfurt can grow its capacity. The driver for Frankfurt is likely to be primarily finance. With Brexit, Frankfurt is tipped to be one of the big winners. However, Amsterdam, Paris and Dublin are also bidding for a lot of new offices and it will be interesting to see the growth of data through those hubs.

There is also a lot of cable growth connecting countries inside the region. In July, the then Australian Prime Minister, Malcolm Turnbull approved $100 million for a new cable between Papua New Guinea, the Solomon Islands and Australia. Reuters reported Turnbull saying: “We spend billions of dollars a year on foreign aid and this is a very practical way of investing in the future economic growth of our neighbors in the Pacific.”

This is more than just foreign aid. For Australia, this is about projecting its power in the region to frustrate the ambitions of China.

The GXI expects to see growth of 51% CAGR for the next few years in the region. This will see over 2,220 Tbps of interconnection bandwidth available for use.

Who is using this?

The other side of the interconnection is the big cloud providers. Equinix has signed major deals with large cloud providers such as Oracle, Microsoft, IBM, Salesforce, Rackspace and others. It has also acquired a large number of smaller providers and data centre properties from large organisations as well. These have allowed it to significantly expanded its IBX offering making it easier for enterprises and cloud providers to interconnect.

A major enterprise driver is digital transformation. Companies are connecting their systems to their main suppliers and customers to speed up business. They also see interconnection as lowering their risk of a cybersecurity breach.

In the USA, the decision to revoke net neutrality has caused concerns for many businesses. They are worried that providers will demand more from them or relegate them to slower services. Where a company has a lot of branch offices this is a serious issue. By investing in private interconnection to a provider they will not have to worry about being put in the slow lane.

The growth in interconnection is a major shift in how we perceive the Internet. While private connections have always existed, the amount of data they move has always been thought to be less than that travelling over the larger Internet. That is changing and changing rapidly. As more and more enterprise data moves onto its own links, the public Internet will become less important to service providers. The question that raises is will they continue to invest in it so heavily?

By 2021, Equinix estimates there will be 8,200 Tbps of installed bandwidth used by organisations for interconnection. This equates to over 33 Zettabytes (ZB) of data being exchanged in a single year. It is much larger than the number predicted last year and may well increase again come next year. The investment in subsea cables is also rising significantly in order to meet demand.

There is a major risk in all of this. In Asia Pacific, Middle East and Europe there are serious geopolitical problems. All of these have the potential for one or more countries to seek to damage subsea cables. The UK and the USA have both reported concerns over new generations of military submarines with the capability to cut cables. The hope is that the increase in new capacity will provide some insurance against service interruption.

For now, the growth in data means that stakes in subsea cables are likely to be a licence to print money.