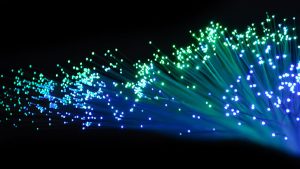 At the PTC conference in Hawaii, Telstra has announced it is investing in two subsea cable systems between Hong Kong and the USA. Telstra is taking a “half fibre pair” on the Hong Kong Americas (HKA) route. It also invested in the Pacific Light Cable Network (PLCN). That investment will add 6 Terabits per second (Tbps) to Telstra’s network.

According to David Burns, Telstra’s Group Managing Director of Global Services and International: “As economic growth continues in China and South East Asia, so too does the demand for data. Together with the current AAG cable on which Telstra carries the most traffic today, these two investments will provide us with increased capacity across the important Hong Kong to US route, one of the fastest growing routes in the world for capacity demand.

“Our investment in capacity on PLCN and HKA will also provide our customers with greater resiliency due to bypassing areas prone to natural disasters and offering two direct, alternative paths to the AAG cable which connects South East Asia to the US west coast via Hong Kong, Guam and Hawaii.”

A battle for capacity across the Pacific

Traffic between Asia and the USA is growing quickly. This means that there is an increasing demand for more and more capacity. In October 2016, Facebook and Google announced PLCN cable. When completed next year it will stretch 7,964 miles (12,800km) from Hong Kong to Los Angeles. It will have a capacity of up to 120 Tbps.

Telstra is one of the first to announce it has purchased capacity on PLCN. Its 6Tbps investment is the equivalent of 5% of the total network capacity. It will be interesting to see who else announces that they have taken a stake in this link.

The second network investment that Telstra has made is in HKA. This cable will also run from Hong Kong to the USA. It consists of 6 fibres giving a total capacity of 72Tbps. Telstra’s investment of a half cable gives it another 6Tbps of capacity.

Telstra and Google are collaborating on other undersea cables. Both companies are partners in the Indigo cable. This will run from Sydney to Perth and then on to Jakarta and Singapore. It will also go live in 2019.

Google also announced a few days ago that it has invested in HK-G, a link between Hong Kong and Guam. It will be interesting to see if Telstra becomes a partner in this link as well.

There is significant growth in the undersea cable market at the moment. There are more than 10 undersea cables due for completion in 2019 alone. The biggest driver for much of this additional capacity is cloud computing and social media. The world is becoming ever more connected and that means we need undersea cables.

Those cables are also sparking a building battle above ground. Everyone wants to be as close to the landfall of the cables as possible. Equinix has invested heavily in a number of data centre acquisitions in cities where major cables come ashore. Google and Facebook are doing the same.

Telstra’s announcements in PLCN and HKA are interesting. It has been building out its colocation facilities around the world. Investments in undersea cables allows it to provide customers with a complete managed service.