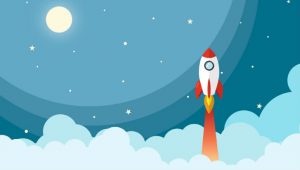 Salesforce has announced another revenue record in its full year results and continues its global expansion. Marc Benioff,  Chairman and Co-Chief Executive Officer commented: “Q4 topped off another record year for Salesforce. Revenue in the quarter rose to more than $3.6 billion, up 27% in constant currency, truly amazing for a company of our size. And for the full year, we delivered more than $13.2 billion in revenue, making Salesforce the fastest enterprise software company ever to reach $13 billion.” (Source: Seeking Alpha).

Salesforce also revised its guidance for the coming year, indicating that 2020 wold see revenues of around $16.05 billion and that it was setting a longer term target in 2023 of $26 to $28 billion. This means doubling its revenue in the next four years. It is an ambitious target, especially with SAP looking to aggressively compete with it in the CRM sector.

As usual the results focus on revenue and growth.

For the full year

Unearned revenue on the balance sheet as of January 31st was $8.56 billion, an increase of 22% year-over-year. Net income is still relatively low at 10% in comparison, though still higher than many companies hope for.

Can the growth continue?

There is certainly no sign of it slowing. Salesforce is continuing to grow across all three of its major markets. The Americas still accounts for 72% of its revenues, Europe 19% and Asia Pacific 10%. Those numbers have not changed since last year. The revenue growth in the US though should slow in comparison to the other markets.

What is perhaps surprising is that growth in the different regions is comparatively equal. In the Americas it stands at 26%, though Salesforce does not separate out its home nation and the rest of the Americas. In APAC it is also 26% and showing that it is building momentum in Europe growth stands at 31%. It is also clinching major deals outside the Americas. Keith Block commented: “In Q4, we strengthened our relationships with some of the leading companies around the world from expanding with Toyota, National Australia Bank in Telstra and in Japan and Australia to form a brand new relationship, also in Germany with BASF, the world’s largest chemical maker.” (Source: Seeking Alpha).

While Block also stated that 58% of new hires were in the Americas, it should see an acceleration of the growth in the new regions. This is boosted by initiatives such as the recent creation of a Trailblazer fund in Australia and more importantly new partners. In APAC new partner registrations grew by 110%, and in Europe by 79%. This is significant and should help fuel the growth in the mid term.

Despite the record numbers the stock market reacted with a dip in share price. The reason, both revenue and profit forecast missed the short term projections. It was down 3.66% to $158.50. However, considering that a year ago it was $122.50 it only seems a blip.

Salesforce does look like it is cracking the markets outside the US and that should help sustain growth in the medium term. However, with SAP increasing its investment in the Marketing and CRM market, notably with the Qualtrics acquisition at the very least Salesforce will have tougher  competition. The big question is whether they compete with SAP on the ERP and finance side. The Salesforce platform has very few ERP solutions on it.  Salesforce partner with Workday sometimes in customers and there are applications such as FinancialForce, Rootstock and Accounting Seed that offer solutions to different market sectors. It might look to acquire one of those companies but they need to deliver success first.

The other solution was Sage Financials (once Sage Live). There are rumours that Sage Financials has been sunset. It is no longer listed as a product on the Sage website as part of Sage business Cloud. Its only mention is a year ago when it announced an integration between UPS and Sage Financials.This may be another reason why Sage was absent from Dreamforce last year. Meanwhile another Sage product, Sage Intacct has tightened its Salesforce integration in its most recent release.

For Salesforce this is another successful year. Both it and Workday are growing at rates that are unprecedented. It remains to be seen whether the legacy vendors, SAP and Oracle can maintain their own growth rates. There is a risk that both Workday and Salesforce could supplant, one or both of them.