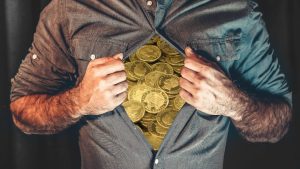 Aprika has commissioned an independent report from Klein that looks at the cost savings and business benefits of Mission Control PSA. The report has similarities to the Total Economic Insight reports that Forrester Consulting provides but there are some fundamental differences as well.

The report at 31 pages is comprehensive and provides the headline figure that on average respondents achieved 6,156% ROI within 6 months of implementation. While this figure seems high, it is perhaps a reflection of the cost of Mission Control compared to rivals.

In terms of the other key metrics that organisations saw improvements in, the figures appear more realistic. They included:

The figures are based on only 5 companies that have used Mission Control for at least two years. Those five customers are from different industry sectors, though in some cases more than one. Whilst that shows the breadth of the market that Aprika can address it also makes it harder to relate to for a single organisation. The five sectors are Consulting, Engineering, Marketing, Technology, and Software industries.

The report itself strikes a note of caution with project revenue growth averaging out at 10% after the outliers were removed, one client increased revenue by 43%!

What is in the report

The report details the statistics it collected and provides the reader with the framework of how it reached the final calculations. What makes this report worth reading is that Klein also carried out qualitative interviews to illustrate the benefits that Mission Control has delivered. Enterprise Times often calls out whitepapers for a lack of this. But Klein has shown what the benefits are in this case. It evidences and illustrates the findings effectively.

After an executive summary, the report is divided into several sections:

The main section looks in detail at the economic impact, highlighting revenue growth, profit growth, billable utilisation improvement, efficiency, and other benefits. It finishes with an analysis of the costs customers face to deploy and maintain Mission Control. Each component has a mix of statistics, analysis and quotes from the interviews.

The report drills into the reasons behind the numbers. For example, one customer commenting on the reasons behind the profit growth they experienced commented: “Before Mission Control we would sell a project to meet the client’s budget, with the templates in Mission Control the sales team can flex the resources in a project to both meet their budget and be profitable rather than one-size-fits-all.”

Finding out more from Mission Control

There is a lot within the report that makes it well worth the read. Enterprise Times also spoke to Colin Johnson, founder and CEO of Aprika (the company behind Mission Control). ET asked him, what did you learn from this report?

“The level of positive impact Mission Control is having on our customers’ business. Things like the client’s ability to dramatically change their cash flow as a result of being able to invoice on such a short cadence, on a weekly basis. That was not possible without having Mission Control in place, things like that.”

The 6,156% ROI within 6 months cited in the report is a stunning figure. While the detail shows that the figure is realistic it begged the question of whether Mission Control is underpriced?

“We do get feedback from all different channels that it could be priced higher. Equally, customers are looking to have a competitively priced product. We are likely to segment the product offering into different tiers of features in the future. To where we can have a higher price product for the full product, but still offer a lighter version at a price point where smaller customers need it to be.”

Of the statistics highlighted, one, while having a beneficial impact seems lower in comparison. The 5% increase in billable utilisation. Johnson was able to explain why that might have been underplayed:

This is a well-written report and one that has both quantitative and qualitative findings. The billable utilisation figure, while low, is an indication that the authors have the data to back up their findings.

Klein has not overegged the figures produced. Having said that, with only five respondents in the quantitative element it is a small sample. Rightly, Klein has caveated to say that different organisations would receive different benefits. The report also extrapolates the findings to larger companies. That could be flawed as larger companies may have other costs such as change management.

Overall, this report demonstrates the benefits of replacing spreadsheets with a PSA solution such as Mission Control. As with other reports of this nature, the companies selected are likely to be happy with Mission Control rather than a random trawl by Klein. Despite that the customer quotes and hard statistics are impressive.