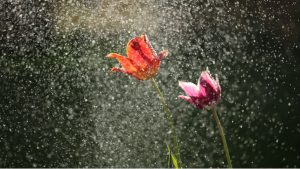 Urmas Purde, the co-founder of Pipedrive, the global sales-first CRM and intelligent revenue platform for small businesses, has died at the age of 46 on March 25th after a fatal accident in his home in Bali, Indonesia.

Purde co-founded Pipedrive in 2010 with Timo Rein, Ragnar Sass, Martin Henk and Martin Tajur. From the early years on, he was leading Sales and Business Development and later the area of customer experience, laying the groundwork for the satisfied and loyal userbase that Pipedrive has today.

Urmas played a huge role in shaping the unique culture that Pipedrive is known for. His leadership philosophy was based on four principles: learning to trust, not micromanage; making decisions fast; being patient as great things take time; and prioritizing relationships above all.

While building Pipedrive, Purde fought with an aggressive brain tumour for more than a decade. Sergei Anikin, longtime CTO of Pipedrive, shared the following: “As I grieve the loss of my friend and colleague, I am grateful that I had the privilege to know and work with him. For me, Urmas is a symbol of persistence and dedication, both in business and in private life.

“I admired his humour, brilliance, and values that defined his character. Despite the tremendous hardships on his road, he never lost his positive attitude, sometimes inhuman willpower, and optimistic worldview. I will remember him as a good friend and colleague who felt sincerely passionate about life and living. His absence will certainly leave a huge hole in our hearts.”

The above text is taken from the Pipedrive announcement. For the full release, see here.

Revenue.io has expanded its executive management team with the appointment of Jim Arth as Chief Financial Officer and Phillip Edgell as Chief Revenue Officer.

Xalient has nearly doubled the size of its US workforce and has appointed Jeff Gray as Vice-President, US Operations, to lead the expansion.

Contractbook has launched in the UK market. It has already signed up 50 paying customers for its CLM product.

DocuSign has signed onto the Science Based Targets Initiative’s (SBTi) Business Ambition for 1.5°C campaign. DocuSign is committing to halving its emissions by 2030 and reaching science-based net-zero no later than 2050.

HubSpot has partnered with alternative financing platform, Pipe. Pipe will provide access to $100 million in fee-free funding for HubSpot for Startups customers. Pipe customers will receive a 30% discount on HubSpot’s CRM Suite.

MHR International has partnered with Softcat announcing The Softcat MHR Framework to make it easier for public sector organisations to procure MHR software.

Salesforce continues to champion pay equality. It completed its seventh analysis of 70,000 staff in the last fiscal year, including Slack. It found that 8.5% of its global employees required adjustments. Of those, 92% were based on gender globally, and 8% were based on race or ethnicity in the US. As a result, Salesforce spent $5.6 million to address any unexplained differences in pay.

Trintech announced a strategic partnership with M3. It is to help organizations in the hospitality industry streamline the financial close process by automating key processes and ensuring better internal controls. M3 will offer Trintech’s Adra Suite as part of its financial solution portfolio for Business Process Outsourcing (BPO).

Reconomy Group has deployed Anaplan with the help of Bedford Consulting to manage its business reporting requirements after acquiring 16 companies over four years.

Horizon Power, one of Australia’s leading energy providers, is using the Appian Low-Code Platform to power its digital transformation program.

Phenom revealed how KinderCare Education managed to hire 30-40 people from a single event while spending less than $50 in advertising using the Phenom suite.

Millennium Corp has leveraged Sisense to deliver real-time, accurate data and reports to provide accountability and add significant value across its subsidiaries.

TCS has celebrated the completion of 150 digital transformation projects with Freshworks solutions in just two years.

Konsolidator has cut staff from 38 to 31, mainly in R&D, reducing costs by 16%. It aims to break even by 2024 at the expense of its product roadmap.

Prophix published a business update revealing its growth in Q4 2021. Cloud billings grew 37% YoY, and the cloud customer base grew 63%. It ended 2021 with 450 employees, up 65% from the previous year.

SD Worx is to take a majority stake in the Belgian company, huapii. huapii offers a talent platform that gives employees ownership of their careers through skill and performance management.

Mediafly unveiled its complete Revenue360 suite. It consists of four comprehensive solutions that serve as a command centre for revenue teams to coach, assess, predict, and interact with audiences at every buyer journey stage.

The new SherpaDesk mobile app is available on Apple Store and Google Play store with a new UI/UX, better performance and new features.