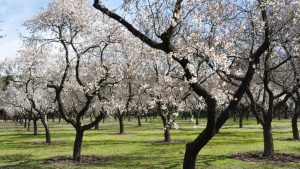 Precisely announced that it had achieved Snowflake Ready Technology status. Icertis released version 8.0 of Icertis Contract Intelligence. The new release delivers a new user experience Ace UX. It has also launched AI studio, democratising the use of AI within its contract management platform.

Elsevier has completed a major Salesforce implementation project that included Conga Contracts for Salesforce. Thoma Bravo announced the $10.7 billion acquisition of Anaplan. ServiceNow launched the San Diego release and unveiled its automation engine to deliver hyperautomation capability to customers with RPA and Integration.

BambooHR has appointed Anita Grantham as head of HR.

HubSpot has appointed Rob Giglio as Chief Customer Officer. The company also revealed that Claire Hughes Johnson had joined its Board of Directors.

Jenzabar has appointed Jaime Moquin as the company’s Vice President of Engagement and Customer Success.

PeopleStrategy has appointed Raj Singh as Head of Development.

Terminus has appointed Jenna Chambers as the Head of EMEA Partnerships.

BlackLine Inc was awarded the Controllers Council Seal of Approval for Financial Operations Management. It is based on ratings from a community of more than 90,000 controllers, CFOs and other corporate finance professionals.

Hubspot has launched HubSpot Creators. It is a new accelerator program to seek out and invest in emerging creators globally with an initial cohort of eight podcast creators.

Nexthink has partnered with Qualtrics to provide joint customers with a premier digital employee experience. This collaboration brings together both operational data (O-Data) from Nexthink and employee experience data (X-Data) from Qualtrics. The new experience will provide companies insights on where and how they can improve workplace technology experiences through the lens of the employee.

Cleo revealed that Brother International processes well over 25,000 /day or 600,000 EDI transactions per month through the Cleo Integration Cloud platform.

Canadian Valley Technical School, an Oklahoma Technical School for teens and adults, dramatically increased student use of mental health services after implementing a QR-code based system powered by Qualtrics.

The Municipality of Rome has chosen Salesforce to create an Integrated Citizen Relationship Management platform.

Denodo revealed its expansion over the last two years in a business update. Subscription license revenue grew more than 50% year-over-year. The company is moving closer to becoming a 100% subscription-based revenue business. It extended its worldwide footprint to 25 offices spanning 20 countries, including new offices in South Korea, Sweden, and Thailand.

Achievers has launched Employee Connections to create opportunities for employees to connect across job levels and build a strong sense of belonging in the workplace.

Concord announced details of its April 26th release. It includes a new document interface that supports drag and drop, improved commenting and guidance. eSignature has improved, and there are improvements to integration with Zapier.

Domo announced Data Apps, new low-code data tools for everyone across an organization. They are designed to benefit data-driven decisions and actions to those who are underserved by traditional business intelligence (BI) and analytics.

Scratchpad Inc announced the immediate availability of the first inbox and deal alert system. It is built for salespeople to cut through the noise and clutter of notifications, often sent through Slack or email, disrupting their day-to-day workflows.

Upland AccuRoute’s first release of 2022 became generally available. IT has added integrations to EPIC and Canon MFP devices and has simplified data collection and classification.