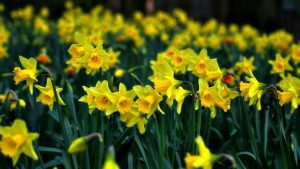 This week, there is plenty of news, especially partnership announcements. Cyara is targetting the US public sector after it partnered with Carahsoft. Telia partnered with Celonis and has set up a centre of excellence to bring digital transformation to its customer base.

Genesis raised $200 million after a late entry from Insight Partners doubled the funding round for its low code platform. There were also several product announcements, with LivePerson unveiling the latest update to its Conversational Cloud and Cleo unveiling RADAR and early warning detection system for supply chains.

The question is, what will it do with the additional cash. It could deepen its investment in R&D, spend more on marketing or increase its philanthropic work or make acquisitions. The latter is unlikely; it rarely makes acquisitions. However, with a growing marketplace, it could decide that some of its partners will be better served, becoming part of the Zoho family.

Zoho’s largest market is easily the US, with $297.8 million in revenues, by far the largest. Europe contributes $105.5 million, with an additional $60.4 million from the UK, its second-largest market by country. Third (just) is India, its home nation with $33.4 million, only just ahead of Australia ($31.3mn) and Canada ($30.1mn). It will be interesting to see if India slips further behind as global growth continues.

The reason behind the costs dropping was a sharp fall in sales and marketing spending because of the pandemic. Rather than shift marketing online, the company seems to have retrenched. As lockdowns ease, will it start up its physical events in 2022? Regardless Zoho has impressive growth, despite stalling its marketing spend. What will 2022 bring?

David Goeckeler has been appointed to the ADP Board of Directors, effective February 14, 2022.

Active Campaign announced that it is investing heavily in expanding its employee, partner and customer ecosystem in LATAM by establishing its first physical presence in the region in Florianopolis, Brazil.

Agiloft announced a strategic partnership with Ready Computing to enhance the use of the Agiloft platform in the healthcare marketplace.

Mediafly, the revenue enablement and intelligence leader, has completed a SOC 2 Type 2 audit.

Salesloft announced a new Technology Partner Program to enable partners to achieve growth together and provide a guided path to success with Salesloft.

SirionLabs entered into a partnership with Adobe Sign to integrate its e-signatures into its smarter contracting platform – SirionOne.

ThoughtSpot revealed findings from a Forrester Total Economic Impact report. It showed that organizations using ThoughtSpot realize an average ROI of 289% and $6.35M in business benefits within three years of implementation.

Wisconsin Association of Independent Colleges and Universities (WAICU) will make Anthology’s suite of operations and engagement solutions available to the Association’s 23 member institutions.

Thermo Fisher Scientific has revealed how Phenom is helping it through its recruitment process in a video case study.

Eurasian Bank, one of the largest banks in Kazakhstan, has implemented Qlik Data Integration to drive its data warehouse modernization efforts.

Hastings Mutual has tapped into the power of Sisense to transform into a data-directed organization. Since deploying the Sisense Fusion Platform, Hastings Mutual has experienced a 2% increase in revenue and discovered over $50 million in potential upsell opportunities.

TIBCO revealed how its advanced COVID-19 symptom-tracking solution TIBCO GatherSmart has played an important role in supporting schools and colleges throughout the pandemic to create a safe and responsible environment for teachers and students.

Demandbase reported record international growth. It added 35 new mid-market and enterprise customers in the last 12 months in the UK alone. Growth has also increased in Germany, India, and Japan. It is also looking to hire more staff. The company also launched its Account-Based Experience (ABX) Certification. It consists of eight modules, normally $395. Demandbase is offering the course for free until April 30, 2022

IntelliHR announced its half-year results ending December 31, 2021. Revenues increased 72% to AU$2.328mn. Losses increased 52% to (AU$4.692mn). The losses are powering the impressive global expansion in USA, Canada and the UK. It now has more than 52,000 subscribers.

Appian Government Cloud was one of the first low-code platform-as-a-service offerings to receive Provisional Authorization (PA) at Impact Level 5 (IL5) for managed cloud applications and services this week.

Onna, the knowledge discovery leader, announced a new Pay as You Go offering for its eDiscovery solution. The simplified online subscription experience makes it quick and easy to get started with Onna eDiscovery.

Qualtrics announced XM Discover, a new set of products that help companies tune into conversations that are already happening to build a richer understanding of what customers and employees want and expect.