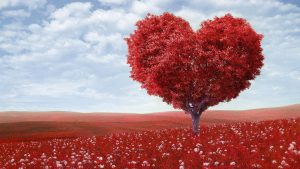 Precisely revealed that the State Street Alpha Data Platform from Charles River Development now includes its Data Governance engine. Google announced a U-Turn on free GSuite with the launch of Google Workspace essentials, but only for business customers. Zellis has partnered with Experian bringing automation benefits to its customers’ employees for salary verification.

In a week where competitions seemed to flourish, Oracle offered $300,000 direct to researchers for the first time. TigerGraph launched a $1 million competition to solve some of the worlds biggest problems. Oracle NetSuite also sponsored a competition as it launched a new start-up accelerator.

Agiloft revealed the latest update for its Sales App. It is part of its 2021 Winter release, enabling companies to deploy Agiloft in as little as fifteen minutes. The App enables organisations to sync data between the Agiloft Contract Lifecycle Management platform and Salesforce. Users can complete one-click contract creation of proposals, MSAs, and other agreements while automating approval processes with integrated email, SMS, and e-signature.

Andy Wishart, Agiloft chief product officer, commented: “The Agiloft 2021 Winter Release delivers new connected experiences that enable users to connect contract processes with the trusted tools they use daily, and for millions in the workforce that tool is Salesforce. Distributed workforces are the new norm, and the ability for teams to collaborate is critical. This newest product release makes it easier than ever to utilize Agiloft CLM functionality within Salesforce as well as in other critical apps across the enterprise.”

Woodson Martin, GM of Salesforce AppExchange, said: “We are excited that Agiloft is continuing to improve its solution on AppExchange as they provide new connected experiences for CLM. AppExchange is constantly evolving to meet the needs of our customers, and we love watching our partners evolve alongside us.”

CM Group announced that the merger with Cheetah Digital has been finalized.

Ceridian promoted Leagh Turner to Co-CEO and appointed her to the Ceridian Board of Directors, effective immediately. Turner has served as President and Chief Operating Officer since 2018.

Introhive announced that Tom Aitchison has joined as President of Go To Market and Eric Goldwater as Chief Financial Officer.

The Workforce Institute at UKG announced that award-winning HR experts Laurie Ruettimann and Joey V. Price had joined the institute’s distinguished board of advisors.

Workato appointed Massimo Pezzini as Head of Research, Future of the Enterprise

MAPD Group has joined forces with cloud specialist Oosha, part of Access Legal, to give its firms the opportunity to onboard Oosha’s Virtual Desktop solution.

Stripe and Celonis will partner and deploy each other’s technology to drive simplification and value for their customers.

NICE has partnered with Etisalat Digital to drive the availability of the CXone platform in the United Arab Emirates (UAE).

Oracle and Red Bull Racing have enhanced their partnership and are introducing a new Team name, Oracle Red Bull Racing, and the Team’s new car for the upcoming season, the RB18.

Pyramid Analytics announced a reseller partnership with global IT services company Delaware in the UK.

Salesforce published its annual equality update. Its US workforce is now made up of over 50% minorities. It continues to drive programs to create equality, including a Hiring Certificate requirement, now attained by 40,000 employees. It includes bias training and enables inclusive hiring practices for managers and recruiters.

Salesforce announced that it would henceforth include ESG goals as part of its executive compensation programs. The initial focus will be equality and diversity in the workforce, and sustainability includes supply chain and air travel emissions.

SAP SE and Qualtrics will create a dedicated Experience Management (XM) centre of excellence (COE) in Singapore. Supported by the Singapore Economic Development Board (EDB), the new Centre for XM Innovation in Asia is the first of its kind in the region and will be focused on advancing local and regional XM capabilities.

Weber, one of the largest brands in the home grill market, is leveraging Ivanti Velocity and Ivanti Speakeasy to solve supply chain challenges, streamline warehouse processes, and unlock productivity and safety gains.

Ceridian annual results saw it achieve $1,024.2 million in revenue in 2021. It had more than 5 million active global users on the Dayforce platform as of December 31, 2021.

Contract Logix announced a record-breaking growth in the usage of its platform. There was a 103% increase in contracts and documents managed and a 603% increase in created tasks. However, it didn’t reveal any revenue or growth figures

Syniti gave a business update after a strong 2021. Software bookings grew by nearly 65%. Service bookings increased 31%, and services revenue was up 16%. Annual recurring revenue from cloud more than doubled in 2021 compared with 2020.

Teradata announced Q4 and full-year results. Full-year revenues increased 4% to $1.464 billion. However, public cloud ARR grew 91% to $202 million as it transforms into a cloud-centric company. It also revealed the momentum of its Teradata Vantage platform with a long list of new customers

Visier reported a year of growth with 15,000 customers growth of 7,000. It raised $125M in Series E funding led by Goldman Sachs Asset Management and was valued at more than $1 billion during the year.

Xactly announced it closed the best year in company history. It said that the company experienced 86% year-over-year growth for FY22. It gave few other figures in the business update.

PeopleStrategy has migrated its entire customer base to make a single, strategic, proprietary platform. People management is now exceptionally easy to recruit, hire, pay, and manage your employees all in one place.

SalesAgility has released SuiteCRM released 7.12.4. The release contains five pull requests and a fix for a critical issue with the Repair UTF encoding action.

Teradata announced the results of one of the largest-scale cloud analytic tests ever undertaken in the industry. On AWS, Teradata proved that it could successfully operationalize analytics at scale on a single system of more than 1,000 nodes with 1,023 active users submitting thousands of concurrent queries, using a diverse set of mixed workloads, and with no system downtime or outages.