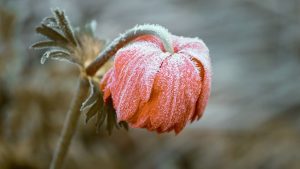 This week, many companies published results (see below), including Upland Software. Apollo raised $32 million in funding, and Fluence bought XLCubed with further investment from its backers. Precisely also made another acquisition buying Anchor Point, a wildfire consultancy and data modelling firm. Agiloft revealed its winter 2021 release with improved integrations to Salesforce, Tableau and Microsoft.

A new survey by Cyara found that 94% of respondents believe digital transformation initiatives will positively impact customer experience. The problem is they are, on average, delayed five months. Based on 1,000 business and IT decision-makers in Australia, UKI and the US, other key findings included:

Intuit announced that it had completed its acquisition of Mailchimp, a world-class, global customer engagement and marketing platform for growing small and mid-market businesses.

QAD announced that its stockholders approved the acquisition of QAD by Thoma Bravo at a special meeting.

Visma has acquired Danish-based Upodi – a subscription management and recurring billing platform. Together with Upodi, Visma will continue to optimise its subscription-based business models to meet increasing market demands. Visma also acquired e-commerce platform Mijnwebwinkel (MyOnlineStore). With this, Visma is strengthening its position in the e-commerce industry in the Netherlands and Belgium.

Brillio has appointed Dragos Stoica as Country Manager in Romania and announced a strong expansion campaign in Romania.

Domo announced that Jay Brown had joined its board of directors effective October 22, 2021.

N-able appointed Ann Johnson as a member of the board of directors and the establishment of a cybersecurity committee of the board.

Totalmobile appointed Chris Hornung as Managing Director of Public Sector business. Horning has been the COO at Totalmobile for the last four years.

Winman has issued a press release that affirms its leadership team of five long-standing employees. It is unclear on their roles. The five are Jon Davies, Graeme Brummitt, Nick Jacobs, Jon Wood, and Kim Droessler

FD Technologies announced its results for the six months ended 31 August 2021. Total revenue was £128 million, up 7%. There were a total of 41 KX subscription deals in the period (H1 FY21: 14), a threefold increase on the prior-year period as it continues to focus on growing recurring subscription revenue

Freshworks announced financial results for its third quarter ended September 30, 2021. Total revenue was $96.6 million, representing a growth of 46% compared to the third quarter of 2020.

IRIS Software Group (IRIS) and Dext announced a partnership to empower accountants to be more productive, profitable and deliver the advice and insight only an accountant can. IRIS customers will benefit from a seamless, digitised information flow, as Dext Prepare automatically and accurately populates real-time data into bookkeeping solutions, which in turn flows into their IRIS Accounts Production, Tax and Practice Management solution

The Golden State Warriors and Oracle announced the launch of the Warriors Player Dashboard, powered by Oracle. This unique system will provide Warriors players and coaches real-time statistics and integrated player performance data.

Pega announced a collaboration with Google Cloud that will help improve experiences in healthcare with better data insights and personalization. This partnership between Pega and Google Cloud will bring together the capabilities of Google Cloud’s Healthcare Data Engine and Pega’s suite of intelligent healthcare solutions.

SAP announced that starting in 2025, all new vehicles ordered as company cars will be emission-free.

ThoughtSpot announced the expansion of its global success hub network with the opening of its new location in Bucharest, Romania. The new hub will help support the fast-growing demand from companies across Europe looking for new ways to build their businesses on data.

Sage has used the Outsystems low code platform to build a ‘MyWorkSpace’ App to assist with the safe return to the office for its employees.

Florida-based Mission Health Communities (MHC) has achieved 110% return on investment (ROI) due to its deployment of the Prophix FP&A solution.

Grupo Lomex, México’s most important holder of helicopter companies, announced that it has successfully implemented Ramco Systems’ advanced Aviation Suite to digitally transform and integrate its business operations into a unified platform for its four subsidiaries

Cirque du Soleil Entertainment Group has expanded its relationship with SAP by investing in SAP’s business-transformation-as-a-service offering, RISE with SAP.

ActiveCampaign introduced Sales Engagement Automation, the only sales engagement solution that makes it part of the overall customer lifecycle, helping companies in all geographies and sizes incite growth.

Cornerstone OnDemand announced the release of its latest innovation, Cornerstone Xplor. A core component of the company’s vision for a new system of work, Cornerstone Xplor is a holistic people growth experience that delivers a fully integrated and hyper-personalised journey of learning, skill development, growth and career mobility for every person.

eXo has updated its mobile application. It now supports authentication with a QR Code, has a new onboarding design and several other UX and UI enhancements

KX has announced a significant update to KX Insights, its cloud-first real-time data analytics platform. For Python developers and data scientists, this latest release makes it easy to leverage the best-in-class performance of KX through a truly Python-first interface.

Neo4J announced the general availability of Neo4j AuraDB Free, a perpetual free tier of the company’s popular graph database as a service, AuraDB, with no credit card required to get started.

ELMO software published findings of a report that looked at workers’ attitudes to their organisations around climate change. 48% of Australians, 71% of Gen Z and 52% of Millennials would not work for a business that did not take action to address climate change. 84% of Australians believe Aussie businesses should do more to reduce their emissions and carbon footprint.

ScreenDragon has published The State of Creative Operations in 2021. It reveals details around ways of working, tools implemented, metrics measured, and more. Some of the findings include

UKG revealed what it believes are the three HR Mega Trends heading into 2022:

Research conducted by Economist Impact and commissioned by Zellis has revealed enthusiasm among British and Irish workers to contribute to diversity, equity and inclusion (DEI) programmes by providing personal information. However, many organisations are far behind where they must be to build the trust needed to gather that data, most notably by a lack of clear communications and commitments to action.