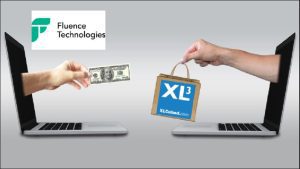 Fluence Technologies has made its first acquisition since it raised $10 million in a Series A funding round led by Banneker Partners. The firm has acquired XLCubed, a UK based market leader in data-connected, Excel-centric reporting and analytics software. Like Fluence, XLCubed is Excel centric. It can connect to various data sources, including SQL Server, Oracle Essbase, Amazon Redshift ad Google Big Query. The application enables finance teams to build complex reports and present them in Excel, browsers, a mobile app or distribute view email in PDF, Excel or Powerpoint.

Michael Morrison, CEO of Fluence Technologies, commented, “This is a critical step in our long-term strategy. With XLCubed, Fluence broadens its consolidation and close solution offering and provides our customers and partners with an innovative financial, management and operational reporting capability that capitalizes on the power and familiarity of Excel.

“It also brings to the company more than 750 loyal customers, a strong global partner network and a dedicated employee base with deep Excel ‘DNA’ that has been committed to delivering high-impact analytics to finance and business professionals for years.”

Enterprise Times asked Morrison what the product strategy is?

“There are three prongs to that. The first is on day one we’ve integrated XLCubed to be the reporting front end for our Fluence consolidation platform. That will be what we bring to market when we sell our consolidation and close platform. We will continue to sell XLCubed standalone the same way it is today for customers and partners.

“In the middle, we will integrate the XLCubed offering into our platform not for consolidation, but for financial reporting and take advantage of our platform’s workflow and file systems. We will somewhat operate XLCubed as a standalone business segment.”

In terms of existing Fluence customers, are they getting a major reporting upgrade without any charge?

“That’s still to be determined.”

Fluence currently has around 50 customers; adding 750 is a significant jump. While there is at least one joint customer, Morrison believes there is a huge cross-sell opportunity. As previously stated, Morrison intends to continue selling XLCubed as a separate solution, but what message does he have for those customers who may be concerned?

“The first message would be that nothing’s changed. We’re still there. The investment in XLCubed, standalone, without any reference to Fluence, will continue. It won’t just continue. We’re going to double or triple down on that. A lot of the planned innovation that they had, we’re going to accelerate that.

“The second message is for those customers, and there’s a number of those 750 customers that need consolidation, close or reconciliation solution. We are a great on-ramp for that. We believe that a good percentage of the customers are candidates to take advantage of our Consolidation and Close capabilities as well.”

Is XLCubed a market fit for Fluence? XLCubed boasts several enterprise customers, including Bayer, BP, Daimler, Henkel, Novartis, Porche and Standard Chartered. However, Morrison stated that around 70% of the customer base is mid-market which dovetails nicely with Fluence.

Morrison added, “On the outside, they’re a perfect fit for our mid-market focus for consolidation and close.”

The third prong is that Fluence now has an office in the UK, and Morrison confirmed this would see Fluence launch into Europe. He commented, “In addition to the XLCubed employees, we will soon be adding some more and looking to aggressively expand the footprint there. A good two-thirds of the XLCubed customer base is in Europe, and there’s a great there’s a tremendous opportunity for consolidation in Europe.”

Unusually the negotiations for this acquisition started even before Fluence was founded. Morrison revealed that he was already discussing buying XLCubed while he was COO of Applix in 2006. Instead of that happening, Cognos bought Applix. Once Morrison joined Fluence, the match between the two companies seemed perfect, and he resumed the conversation with Mark Scanlon, CEO and founder of XLCubed.

The deal includes equity and a bit of debt according to Morrison. It sees another investment from Banneker, more than $10 million apparently. Scanlon will relinquish his role in XLCubed but will become an advisor and shareholder in Fluence. As Morrison noted, “We’ve got the owner of the acquired company having a very vested interest in our success and, and playing a very active advisor role going forward.”

Morrison confirmed that remaining senior leadership would also remain in place. Mark Scanlon, Managing Director of XLCubed, Ltd. “XLCubed has been successful over the years because we recognized how business and particularly finance professionals use Excel and their need to connect to corporate data directly whilst providing flexibility and enhanced data visualization.

“We believe this combination represents a great opportunity for the entire XLCubed community. Our organizations are very complementary, and I am confident they will blend together to create a new leader in the financial performance management market.”

Banneker backs this very large acquisition, one with more customers and a longer history, though fewer employees. Stephen Davis, managing partner at Banneker Partners, commented: “This XLCubed acquisition furthers Banneker’s initial vision for Fluence to build the leading consolidation and reporting platform that’s easy-to-use and quick to implement. We are pleased with the progress Fluence has made to date and see continued opportunity to accelerate organic and inorganic growth in this exciting market.”

This deal delivers rapid growth and even better prospects for Fluence in the coming months. Enterprise Times asked Morrison what success will look like in 2022?

“Success would be that we have an elegant integration combination. We expect this combination to result in our ARR being multiples higher at the end of next year than it would have been just as an independent company. The combination is going to lead to a larger, recurring revenue model. On a broader picture. It’s having established a strong foothold in Europe, with key partners in key geographies to drive further growth.”

Enterprise Times:  What does this mean

Morrison summarised very neatly what this acquisition delivers to Fluence:

“What XLCubed gives us is the ability to extend our value beyond just the controller and providing statutory reporting into forward-looking management, operational performance reporting. It accelerates our geographic expansion plans, particularly in Europe. We get there with 600 ish customers of the 750 and most of their 20 partners. It brings us a team of people with deep Excel expertise and DNA, which is a great complement to our consolidation DNA.

“Both companies have people that have been laser-focused on their areas of expertise for years and years. Combining them together, we think it is going to be a home run. So those three things put together, I think it’s going to put us in a great position, entering next fiscal year, and then exiting as well.”

There is not much to add. The big question is whether those European organisations are already using cloud-based close and consolidation solutions like Trintech Adra or green/brownfield sites ripe for selling to.

If Fluence can extend its solutions into the XLCubed customer base during 2022, this acquisition will be a huge success. Also while the XLCubed customers should be happy Morrison could make his own customers extremely satisfied by replacing the existing reporting elements with XLCubed for no charge.