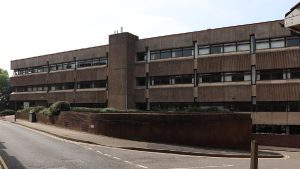 Verto has published a case study about how Warwickshire County Council is using its work collaboration software. Unlike other case studies, this is not packed with numbers that prove the efficiency gains delivered to the Council. Instead, it creates an honest story of how Verto has completely changed how the Council has managed its work.

Before Verto, the council-run initiatives relied on disconnected spreadsheets that helped to manage individual projects. However, they did not provide the level of governance or view of project costs that the Council needed to deliver to stakeholders. Furthermore, there was no integration with finance systems or each other.

Initially selected in 2018, by 2019, Verto was becoming the system through which all new projects were delivered. Once a project manager was assigned to each new project, everything was managed through Verto. Once projects are completed, Verto provides the costs associated with the project against the budget. It also reports on the benefits realisation, as these were also tracked in Verto.

Verto is now a key part of the WCC software architecture. It forms a key component of its Capital Strategy program. It was named as helping the Council deliver against the strategy in two areas:

Verto was introduced in April 2019 across the Council, alongside a change management framework, to enhance project management within the organisation. The initial results were positive, and the Council continued to roll out the software.

The Council has now established a Change Management Framework function and a Project management Office in the Commissioning Support Unit (CSU), which is responsible for the change portfolio within the Council. Since November 2020, the PMO has leveraged Verto for every new project, bringing a level of governance that had hitherto been impossible.

Vix Watson, Business Analyst at Warwickshire Council, “Verto has enabled a joined-up project management framework, supported by a PMO, with knowledgeable staff in place who understand where upcoming pressures are likely to be, and up-coming savings are likely to be, allowing a much better future-view of the business.”

Watson was responsible for setting up and running the PMO and also designed and implemented the change management framework.

As the software usage grows, WCC is looking to extend beyond the PMO to others working on projects. It will achieve this by creating new processes and developing Verto to deliver reports, dashboards and collect the relevant data at the first touchpoint.

The PMO also intends to ingest some of the larger, ongoing capital projects. This will include adding the major building schemes into Verto that were originally avoided. The case study does not make it clear which projects this will invoice. The council projects currently include Transforming Nuneaton, A46 Stoneleigh junction improvements and Warwick town centre.

Warwickshire County Council had a sensible approach to implementing Verto. It began small, starting with new projects rather than a complex migration of existing projects. The approach enabled the organisation to build knowledge and expertise with the software. It can now apply that to the larger projects, both new and existing. Importantly it also developed the processes alongside the solution it was implementing.

Today, not only are projects better managed, the reports that Verto can deliver the WCC Directors greater visibility of the projects that are going on. There is a better handle on benefits, risk, assurance, and governance.

Verto should enable the council to ensure projects are kept on track and report progress and success to stakeholders delivering visibility across the council and those living in the county.