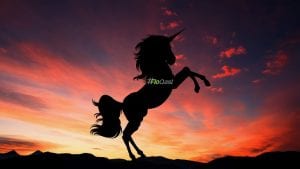 During the transaction, FloQast was valued at $1.2 billion and finally attained unicorn status. This also shows the strength of the financial close management market. The funding will be partly spent on FloQast’s accounting workflow solution. It will also further its continued rapid growth both domestically and internationally.

Mike Whitmire, CPA, CEO and co-founder of FloQast, commented, “Our customer community continues to drive our workflow innovation by finding new applications for our technology. This, coupled with the growing importance of finance and accounting in digital businesses, requires controllers to become more operationally involved than ever before.

“As a result, FloQast is perfectly positioned to deliver the next generation of accounting and finance modernization without disrupting the critical core work that these professionals must deliver every day.”

FloQast has consistently invested in the critical components for growth over the last year. In June, it launched ReMind, which enhanced the automation features of its product. It also announced the opening of its London office, promoting Adam Zoucha as vice president and EMEA managing director to lead the operation. It also hired a new CMO, C. Edward Brice, to strengthen its leadership team.

Those continuing changes have brought success. Annual recurring revenue has increased 88% year over year. It also added 250 new customers in the first half of 2021, including ACLU, Avalara, Confluent,  Patreon, Roblox, RSA Security, and Sonos. This brings the total number of customers to more than 1,400. It was also recognised as a leader on the G2 Grid® for the top Financial Close Software products. Customers also shared the success, with more than 50 completing successful IPO’s over the last twelve months.

Brandt Kucharski, chief accounting officer at Matterport, commented, “I’ve been a FloQast user since 2015, and it’s exciting to see the company’s sustained success. FloQast continues to change the way accountants and financial leaders manage their close in less time, with greater accuracy, and with less stress than ever before.”

Meritech Capital has invested in several recognised and very successful brands, including Anaplan, Facebook, MuleSoft and NetSuite. It is still active in companies such as Evernote, Lucid, Analplan and Tray.io. FloQast now joins that list. Meritech will help grow the company even faster. George Bischof, general partner at Meritech Capital will take a seat on the FloQast board.

Bischof commented: “Today’s finance and accounting functions are undergoing major transformations to become more automated, collaborative and insightful. FloQast has established itself as the market leader in enabling these transitions by delivering easy-to-use, non-disruptive solutions that work the way accounting and finance professionals work.”

This is a significant funding round for a company that has grown substantially since Enterprise Times last met Whitmire two years ago. Since then, FloQast has continued to grow quickly, demonstrating the need for financial close management solutions. What will be interesting is what it will do with the funding and how much Meritech will back them.

There were two other major announcements in this sector this week, both partnerships. One was between Planful and Trintech. Planful was previously Host Analytics and revealed a partnership with FloQast in 2018. What happened to that? The second was BlackLine and Kyriba. Both partnerships have strengthened the competition.

What will FloQast do in response? Importantly it now has the funding to do something.