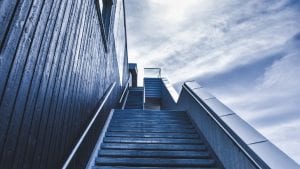 FinancialForce has announced the appointment of Ravi Narula as its new CFO. The news was expected after Scott Brown confirmed that the transition was planned even before joining the company in a recent interview with Enterprise Times. Brown commented: “Ravi brings an incredible wealth of skills and knowledge to FinancialForce and we are thrilled to welcome him to our executive team. His expertise leading organizations through growth and optimizing their capital structure will be instrumental to our long-term success.”

The appointment follows the departure of Gordy Brooks in January. Brooks is now CFO at Reltio.

Who is Ravi Narula?

Narula will start in the role on June 16th. Importantly Narula has experience in taking a company public. He led the finance function at Ooma Inc for the last six years. He took that company public and steered it through several acquisitions and two further offerings during his tenure.

During his time at Ooma, he helped to grow the business both within the US and internationally. SaaS now drives 90% of Ooma revenues, and it has a net dollar retention of around 100%. It has nearly doubled its share price since its IPO as well.

In an earlier release Eric Stang, chief executive officer of Ooma, commented: “We have made tremendous progress in developing and expanding Ooma since Ravi joined the company in 2014. We thank Ravi for his many contributions, especially in shepherding our efforts to become a public company and in helping to drive revenue growth. The management team and board of directors of Ooma join me in wishing him well in his future business pursuits.”

It is now clear that his next adventure is FinancialForce.

Narula was also chief accounting officer at Gigamon working in the team that completed the successful IPO in 2013. He previously worked at BigBand Networks and was promoted to CFO there. He was also the director of financial Governance at Borland Software and, before that, he worked at several accounting firms, including Deloitte & Touche.

The press release states that Narula: “will be responsible for developing and managing strategies to expand the business and accelerate revenue.” It is perhaps his experience of measured expansion at his last two companies that Brown seeks. Narula will need to ensure that the investments that FinancialForce makes are optimal. They will need to give the returns that the investors expect.

He likely joined, intending to conclude another successful IPO and grow the company beyond that. An event that Brown acknowledges FinancialForce is heading towards. He commented in the earlier interview: “At some point, we’ll start being more external about that as we move towards an IPO event. When we S1, we will do it with the numbers of the company.”

Narula said: “FinancialForce is revolutionizing the way cloud-enabled business applications help organizations be truly customer-centric by leveraging the power of the Salesforce platform, and I am excited to join at a pivotal time in the company’s trajectory. I have worked in the past to build skilled finance organizations capable of addressing evolving business needs, and I now see that same opportunity here at FinancialForce.

“I look forward to working with our teams globally to advance FinancialForce’s mission of helping organizations embrace a customer-centric approach to their business as they innovate and adapt to the relentless pace of market change.”

FinancialForce now has the right leadership team in place. It has a product that has matured under the guidance of Dan Brown. It is also ready to expand across international markets, notably in Europe. Browns strategy of “channel first” has yet to bear fruit, but it should help to enable a rapid expansion both overseas and domestically. Narula’s appointment is the final piece of the puzzle.

An IPO is not a given. FinancialForce will still need to demonstrate the right growth numbers across its target markets. How quickly will Narula start to make some numbers more public as FinancialForce heads towards the IPO? Will he prefer to keep the numbers hidden until the S1? If growth is consistent, he may reveal them earlier to build interest and momentum. If that growth is rapid, will Salesforce look to acquire the company instead of letting it IPO?