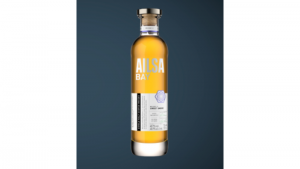 Dominic Parfitt, Head of E-Commerce, at William Grant & Sons, says “Innovation is a key part of our business. We’re constantly looking to evolve our offering and learn new things in order to push the boundaries within the drinks industry. We’re doing something now that we hope will set the bar for the future experience of spirits, and look forward to seeing how other brands follow suit as innovation within the industry continues to develop in the next few years.”

Ailsa Bay was opened in 2007 on the Girvan site in Ayrshire. This is one of the largest Single Malt distilleries in the world which:

Ailsa Bay aims to transform its whisky through experimentation, technology, precision distilling and data driven methods. The introduction of blockchain means consumers can now trace the origins of their whisky via an innovative web experience – individually tailored to each bottle. Ailsa Bay’s 70cl blockchain whisky (RRP £55) is available now.

How the Ailsa Bay approach will work

Blockchain is a distributed database (ledger) managed publicly by millions of people, rather than controlled by one party. Once entered onto the blockchain, this means information cannot change – unless participants agree. The analogy referenced by Ailsa Bay is of a spreadsheet duplicated thousands of times across a network where, whenever someone adds a new row, there is a universal update at the exact same time. This makes a blockchain ideal for implementing traceability: no one party can change the existing ledger or falsify entries.

By scanning a QR code on the whisky bottle, users obtain a visual history of their whisky:

The idea for using blockchain for whisky emerged from the William Grant & Sons’ inaugural ‘Hackadram’ event last year. This invited start-ups and innovation specialists to apply their expertise to shape the future of the company’s spirits.

The adoption of blockchain joins other innovative processes at Ailsa Bay, including:

Such innovations bring a new ways of thinking to a liquor industry steeped in tradition. In addition, the new blockchain technology will enable Ailsa Bay to:

William Grant & Sons is an independent family-owned distiller now run by the fifth generation of the family. It distills or makes some of the world’s leading brands, including:

Arc-net is a Belfast-based technology business which seeks to advance the adoption of blockchain or distributed ledger technology (DLT) into a range of markets. Arc-net was introduced to William Grant & Sons during the ‘Hackadram’ run in February 2018.

Primarily a digital, B2B service provider, Arc-net has focused on traceability and supply chain provenance. Over time its capabilities have extended its exploitation of blockchain functionality to smart contracts and payment systems.

Ailsa Bay is joining Tattoo, My Story (for example) is moving to blockchain as a way to protect authenticity in high value brands. What is, perhaps, a little different is Ailsa Bay’s hope that this will enable it to understand better its customers – as well as providing assurance to them.