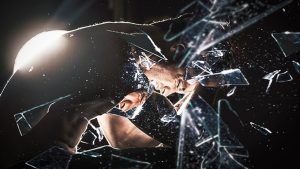 There is growing concern around the mental health issues faced by those in cybersecurity. It is a subject that is beginning to get an increasing amount of attention at cybersecurity conferences. One reason it has worked its way up the agenda is due to the increase in military veterans employed in the industry. While cybersecurity teams are keen to recruit veterans, they often don’t understand them or how they work.

Mental health for military veterans is something that Rick McElroy Cybersecurity Strategist, VMware Carbon Black has a keen interest in. One of the biggest issues for those working with veterans is the number of suicides. Reports from the US put this at over 20 per week. In the UK, we are already over 60 for 2019.

Enterprise Times caught up with McElroy to talk about this issue of suicide and to talk about what is needed to change the conversations for veterans and in the cybersecurity industry. McElroy started by saying: “It’s an active conversation in the veteran community. Security is having its own conversation.” McElroy calls out VeteranSec, an online community with its own slack channel for veterans to talk with each other.

While there is a lot of emphasis at the moment on veterans and male suicide, it is just part of the problem. Mental health issues are complex and affect a lot of people. As McElroy comments, there is no guidebook to make spotting this easily. It is a problem that other parts of society are also struggling with such as first responders (police, fire, healthcare.) McElroy points out that women are far better than men at dealing with this because they talk. Men don’t.

He talks about the need to build your own tribes in order to have conversations. Somewhere where you can talk without worrying about what is said and how people will react. His point is well made. In the UK there is an increasing movement to get men to talk. Tough Enough to Care is one organisation that does that.

To hear what else McElroy had to say, listen to the podcast