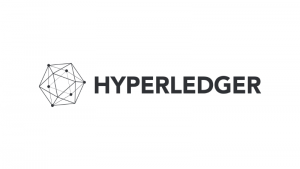 “Our journey in the blockchain ecosystem has brought us a long way, and now is the time for us to join the Hyperledger community,” said Marley Gray, Principal Architect, Blockchain Engineering at Microsoft. “We are proud of our contributions to such a diverse blockchain ecosystem, from our Azure service offerings and developer toolkits to our leadership in driving open specifications. We look forward to contributing to the community’s projects as well as initiating new ones based on emerging standards.”

The eight new members are:

The striking new support comes with the addition of Microsoft and SalesForce. With both companies already having considerable blockchain expertise and initiatives, welcoming them to the Hyperledger community is a boost for the Linux Foundation’s promotion of blockchain.

Hyperledger is a multi-venture, multi-stakeholder effort hosted at the Linux Foundation. It includes various enterprise blockchain and distributed ledger technologies.

With the recent launch of Hyperledger Aries, there are now a total 13 projects in the Hyperledger greenhouse. These include :

Besides these a Supply Chain Special Interest Group (SIG) has started work. This is the sixth SIG with the others covering:

“Our new members illustrate the breadth of organizations that see the value of contributing to the Hyperledger community,” said Brian Behlendorf, Executive Director, Hyperledger. “The mix of blue chip technology companies, international organizations, logistics and manufacturing players and academia that have joined us from point around the world show the widespread interest and investment in open source enterprise blockchain technologies. This broad-based involvement is what drives our expanding portfolio of open source projects, which are fully conceived, developed and advanced by the ever-growing Hyperledger community.”

With the addition of these eight new members, Hyperledger now has some 200 members. Beside the new eight, well recognised names include Airbus, Aetna, Amex, Cisco, Daimler, Deutsche Bank, Intel, IBM, JP Morgan, NEC, Oracle, SAP and others. Part of the attraction is that Hyperledger supports an open community which takes contributions and participation from its diverse member base.

Though the Hyperledger member list was already impressive, the addition of Microsoft and Salesforce adds two notable absentees. However, another major investor in blockchain, Facebook which announced its Libra cryptocurrency, is not a Hyperledger member – preferring to develop its own blockchain technology. Might it one day feel obliged to participate? Hyperledger has momentum.