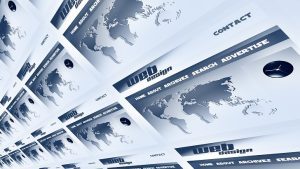 New research from Searchmetrics suggests 50% of the top 100 most visible websites on Google.com fail to deliver a “good” page experience on desktop. A “good” experience is defined in the search engine’s Core Web Vitals update which finished rolling out in August 2021. And 44% of the top 100 websites fail on mobile.

Walmart.com, Target.com and Tripadvisor.com as well as social sites such as Facebook.com, Instagram.com and Pinterest.com were among the brands that are still unable to meet all three minimum thresholds for good website performance and usability. And fashion and travel are the worst performing verticals.

The data comes from the newly launched Core Web Vitals Monitor section on the Searchmetrics website. Updated every month, this provides an analysis of the Core Web Vitals performance of the top 100 most visible domains on Google.com (Google US). There are monthly benchmarks for eight key industry segments (B2B, Dictionary/Reference, Electronics, Fashion, Finance, Healthcare, Media/News and Travel).

What are Core Web Vitals?

These three measures are known as First Contentful Paint (FCP), First Input Delay (FID) and Cumulative Layout Shift (CLS) respectively. In the Core Web Vitals update they were combined with other existing signals. Google uses to measure the quality of the page experience meaning they now have an influence on Google rankings.

How the top 100 most visible websites perform

The positive news according to Searchmetrics’ analysis is the proportion of top-performing domains which satisfy Google’s requirements is increasing. In January 2020, only 22% of the desktop top 100. In addition to 28% of the mobile top 100 were able to pass the Core Web Vitals tests. By October 2021, this increased to 50% on desktop and 56% on mobile.
For LCP (the time taken for the largest image or text block to become visible when the page starts loading). The average time among the top 100 in October is 2.43 seconds on desktop and 2.48 on mobile. Just under Google’s minimum requirement which is 2.5 seconds. However, 36% of the top 100 on desktop and 33% of mobile still fail to meet this minimum requirement.

Improving quality of the online experience

Most websites tested by Searchmetrics were found to pass the test for FID (which measures interactivity). The company notes the difficulties in gathering accurate data, experts were not able conduct a meaningful analysis for this metric.

Tom Wells, VP Strategy from Searchmetrics said, “The Core Web Vitals update was Google’s way of encouraging websites to improve the quality of the online experience they deliver. But the data suggests that even some of the biggest brands have not completely solved their user experience challenges. While they continue to rank highly, it’s important to remember the page experience has wider implications especially for eCommerce brands. Delivering a user-friendly experience where pages load quickly, respond to input and in which dynamic content doesn’t jump around. Designers believe this will help reduce eCommerce bounce rates and abandoned shopping carts. For example, while being good for conversions and return visits.”

Fashion and travel perform worse than other verticals

The average LCP for the top travel sites is 3.37 on desktop and 3.66 on mobile. This is outside Google’s minimum requirements for a good experience of 2.5 seconds. Similarly, in the fashion top 100, the average LCP for on desktop is 2.8 seconds and 3.31 on mobile.
Tom Wells, VP Strategy at Searchmetrics continued

Fashion and travel were found to be the worst-performing segments in terms of Core Web Vitals. Part of the explanation is that websites in these sectors – and eCommerce generally – are typically image-heavy. They frequently feature dynamic elements such as ad banners.
“Healthcare websites tend to be more informational with less focus on dynamic content. B2B websites seem to strike a good balance between content delivery, user experience, and website performance. Social media websites typically focus on their app delivery – often accessing these apps via a web browser is quite slow. This explains the poor performance of some of them in terms of Core Web Vitals.”

It’s not surprising that fashion and travel perform worse on user experience than other verticals according to data from Searchmetrics. Videos of fashion shows or exotic locations on the homepage are common on these sites. However, they impact performance and the effective search engine optimisation of the page. However, the poor performance of Walmart.com, Target.com and Tripadvisor.com. In addition to social media sites such as Facebook.com, Instagram.com and Pinterest.com is surprising. Considering the internal UX resources, usability skillsets and in-depth eCommerce experience available in those companies. The Searchmetrics analysis highlights the seriously poor performance of these major site.