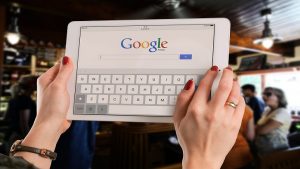 Searchmetrics research found 50% of ads on Google Shopping platform in Germany, UK and France are placed via external providers. But doubts remain as to whether this will convince the EU’s competition regulator. The EU fined Google 2.4 billion euros ($2.65 billion) in 2017. Google was accused of favouring it own price comparison shopping service. The company was told to stop it’s anti-competitive business practices. It was also ordered to open its Google Shopping service to greater outside competition.

The data shows that approaching the end of 2019, only around half of shopping ads come from Google itself. A year ago, Google’s market share stood at two thirds of shopping ads. Now, 48.9% of all the Product Listing Ads (PLAs) displayed on Google Shopping are placed via external providers. However, the majority of these externally sourced ads are from digital marketing agencies. Thirty-five percent of all ads are currently from marketing agencies. Only 13.8% come from genuine comparison-shopping services that can be considered real rivals to Google Shopping.

Offering comparison shopping in name only

Agencies, who mostly specialise in performance marketing, are viewed as offering comparison shopping services in name only. While they may run comparison shopping websites. These agencies only list the products sold by merchants whose bids they manage on the Google Shopping auction system. This means they are otherwise largely irrelevant for genuine comparison shopping.

Searchmetrics’ suggests most of the top external providers of ads on Google in each country analysed are digital marketing agencies. In the UK, the top external provider of Google Shopping ads is Productcaster, a marketing agency. Productcaster is also a Google Comparison Shopping Service (CSS) premium partner. The CSS is the programme Google set up to encourage more competition on Google Shopping in the EU. Second is Shoptail, another agency and premium CSS partner. In third spot is Kelkoo, a traditional shopping comparison site.

In Germany, Adference and Smec, two marketing agencies, are in first and third place. Between them in second place is Shopping.com, a product and shopping comparison service owned by eBay.

In France, little has changed among the top sources of Google Shopping ads, as marketing agencies remain dominant. As in 2018, Productcaster is still the CSS partner with the largest share of the market. This is followed by two other agencies, Feed Price and Keyade, who have swapped positions since 2018.

Still a minority in the shopping boxes

According to Malte Landwehr, VP Product from Searchmetrics, “Google has made changes to its platform. Its share of ads on Google Shopping has fallen. From around two thirds a year ago to around half at the end of 2019 in all the three markets. Questions remain regarding the quality of the increased competition this has produced. Traditional shopping comparison sites were the intended beneficiary when the EU demanded Google open up its shopping service to competitors. However, they’re still in a minority in the shopping boxes.“

This Searchmetrics study analysed the competitive market for Google Shopping ads – also known as Product Listing Ads (PLAs). The research looked at how the markets has developed in the UK, Germany and France in 2019. The data for hundreds of thousands of shopping related keyword searches collected at four points during September and October 2019.

Two years ago, Google was slapped by a 2.4bn euro fine and ordered to open-up its platform by the EU. The share of ads coming onto Google Shopping via external sources has grown. From approximately 30% in late 2018, to around half now. However, it’s not clear whether this is going to be enough to avoid further intervention from the EU’s competition regulator.
It remains to be seen which additional changes the EU will demand and what Google does to comply without giving away more market share than it wants to.”

Google says it will allow rivals to compete to be the default search engines on new Android devices in Europe. However, they would have to pay for the privilege. Rivals have criticised the auction fees. The world’s most popular internet search engine has to be wary, it doesn’t further provoke the wrath of the EU. And further large fines.