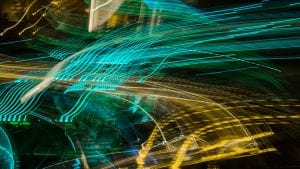 Contain your excitement; 5G is coming (again). However, wasn’t it launched over two years ago?

For those not familiar with the nuances of 5G technology, 5GC (core or standalone) takes 5G deployment to the next level. It replaces the 4G packet core with a new, cloud-native core using containers and following 3GPP specifications (release 15). This is somewhat separate from the market-by-market launch that most operators publicise. Also, the activity is less visible to the casual subscriber.

Below, I have made predicted some of the key 5GC deployment and adoption trends for 2021.

Most mobile operators that have launched 5G have chosen what’s called a ‘non-standalone’ implementation. That is a hybrid of 4G and 5G. It allows mobile operators to offer much of the 5G capabilities to their subscribers while still leveraging existing investment in their 4G packet core. Operators are eager to take advantage of the benefits of 5GC (standalone) – greater service agility and lower costs. The survey reveals that operators are committed to 5GC (SA or standalone) implementation. 93% of mobile operators will implement it within a three-year window and investing in multiple 5G security options.

Mobile operators also see rapid adoption of 5G over the next three years by subscribers as 5G deployment accelerates. Most operators said that at least 25% of their traffic would be carried via 5G within five years. Importantly, 40% of operators predict that most of their traffic will be carried by 5G. This is consistent with the recent Ericsson Mobility Report that forecasts 56% of total mobile data traffic will be 5G by 2026.

That’s a significant leap from today, where almost half of operators report they have no traffic on 5G core at all. For 2021, 9% of operators say that most of their traffic will be on 5G, with 70% predicting less than 50% will be 5G.

It’s really hard for mobile operators to get rid of old technology. 3G still exists in most mobile networks despite rapid 5G deployment. It is a combination of subscribers that won’t give up their older handsets, specific geographic areas, such as rural areas, that have legacy equipment and regulatory and industry practices that require a lengthy process for “sunsetting” older technologies. In North America, AT&T shutdown of 3G is expected in 2022; Verizon in 2021.

For example, today, only 13% of mobile operators surveyed have managed to eliminate support of 3G. By 2025, most operators (60%) said that they would no longer support 3G. That means that by 2025, 40% of operators will still carry 3G traffic. It also increases concerns around 5G security. This is because older technologies have multiple security vulnerabilities that will still be present in these multi-generational networks.

2G will finally disappear in North America, but not in Europe

By the end of 2021, all major mobile operators will have shut down their 2G networks. However, in Europe, the shutdown has been complicated by using 2G in smart meters and eCall modems in cars. These initiate a call to send information, such as an accident’s location, to emergency services.

Nearly all mobile operators state that mobile edge compute (MEC) is a vital part of their 5G deployment plans. Most are actively deploying or will deploy within the next year or so. IDC forecasts 50% of all new infrastructure deployments (enterprise and service provider) will be at the edge by 2023. I believe that mobile service providers will also jump on the advantages of mobile edge compute. However, they will take a more measured, strategic approach to their use of MEC, at least in the near term.

By 2025, we see that most mobile operators will have deployed 5G (standalone) combined with MEC and will direct up to 25% of their traffic through these nodes. Operators will also use strategic partners for their enterprise customers that want the lower latency that a mobile edge compute service provides.

In 2021, DDoS Detection and mitigation will become the top security investment priority for MEC networks

It’s already going in that direction. DDoS attacks are becoming more frequent, intense, and smaller in size, making them harder to detect. The average attack size is only 12 Gbps, with most attacks being under 5 Gbps. Recent research shows 10 million available DDoS weapons.

The Heavy Reading 5G Security Report shows that small DDoS attacks are the primary reason for investment priority for MEC. And with MEC capacity as low as 600 Mbps, mobile service providers and their new 5G enterprise customers are at substantial risk for these common DDoS attacks.

Overall, despite the pandemic, we believe that demand for 5G services will be strong. Additionally, subscribers will continue to find more value and use cases from the growing 5G capability.