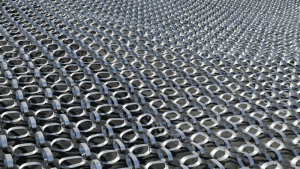 Hashflow is a layer 2 protocol to build and operate emerging generations of CeFi-DeFi (Centralised and decentralised Finance) hybrid exchanges. It has launched its alpha on the Ethereum mainnet and announced partnerships with six exchanges. Exchanges that build using the Hashflow protocol will combine centralised order-matching and trade execution with decentralised trustless custody and post-trade settlement. The key lies in not requiring a new blockchain or sidechain.

“Hashflow is when CeFi gets DeFi’d,” said Varun Vruddhula, Founder and CEO of Hashflow. “We automate financial market functions to increase operational efficiency and security without requiring changes in the existing infrastructure, while also providing exchanges with on-demand liquidity and reducing settlement-related counterparty risk. Hashflow is doing this by protocolizing the hybrid exchange model.”

Varun believes in a flexible foundational layer for multiple exchanges powered by Hashflow technology – rather than developing a single solution (as seen in Futureswap, dYdX and IDEX). “With Futureswap, people could capture the value of one market. By building a protocol, you’re capturing the value of the entire network.” Varun added

Over the last decade, cryptocurrency exchanges have had to evolve to keep pace with the development of the crypto market. The most recent evolution lies in hybrid exchanges which seek to blend the best features of CeFi and DeFi. These are seeing rapid adoption.

The Hashflow protocol can power emerging financial markets by being a foundation layer for settlement, custody and liquidity. It seeks to reduce — and in some cases entirely remove — the most expensive and time-consuming components of creating and operating a hybrid exchange.

In addition to exchanges, businesses such as OTC desks and market makers can simplify complex settlement workflows. These often demand extensive manual procedures which are slow and prone to error. Hashflow’s process of decentralised settlement addresses this while reducing the risk of centralised custody. In turn this allows users on Hashflow-powered exchanges to trade without fear of losing funds.

Hashflow’s alphanet is operational on Qume, a derivatives exchange for high-frequency traders. In addition to Qume, Hashflow has also entered into technology partnerships with five other crypto exchanges, including:

“When designing our exchange, we wanted to build an exchange for 2020, not replicate what everyone has seen in the past,” said Aditya Mishra, founder and CEO of Qume. Mishra further described the benefits of Hashflow technology for new hybrid exchanges such as Qume. “Being a new exchange gives us a lot of flexibility to grab the best of the best new technology. Given our primary focus is high-frequency trading of derivatives, we wanted a custody system that off-loads the risk of custody while de-risking post-trade settlement for our exchange and our smallest to largest market makers.”

Hashflow aspires to become an accepted standard for bringing DeFi and CeFi together. Built as a layer 2 solution for exchanges, Hashflow enables secure markets for almost any asset type with on-demand liquidity. Hashflow’s own description is that its “goal is to create a global network for the third generation of digital asset exchanges where spreads narrow, liquidity increases, and custody and settlement issues are worries of the past“. According to Hashflow, traders who want to use its capabilities can deposit and trade Ethereum-based assets at qume.io

Extraordinarily, this is the third similar initiative in as many weeks. Hashflow joins Archax and Digital Asset/Exberry. On this evidence the exchange market for DeFi, and linked to CeFI, is heating up.