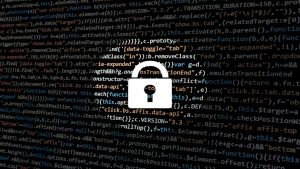 Riskified,  a solution provider for eCommerce fraud prevention and revenue capture, has released its first annual shopping and fraud behaviour report. The report details the findings from a new consumer survey about online buying habits and reactions to credit card fraud.

Riskified surveyed 5,000 US-based consumers about their online shopping behaviours, experience with and prevalence of credit card fraud. They also asked about repeat shopping likelihood and customer satisfaction. This enabled the company to develop a comprehensive picture of how consumers react to a number of common shopping experiences.

The results are worrisome for both consumers and merchants. Approximately half of respondents reported experience with credit card fraud. Furthermore, 30% had their purchase wrongly declined. This led to a corresponding negative impact on their satisfaction and return shopping.

Unfortunately for merchants, the obvious costs of fraud aren’t the only costs. Forty-nine percent of customers reported that they do not return to an online retailer after a fraud incident has taken place. This meant that the merchant will pay the cost of the security breech and lose future customers.

But that’s only part of the cost. Merchants often decline orders out of caution. Previous research conducted by Riskified found that fear of fraud costs even more than the incident itself, as merchants unnecessarily reject good customers. The survey bears that out, as 30% of respondents reported having an order declined. Fifty-seven percent of those declines happen to returning customers, squandering the good will merchants had built. The survey further found that roughly 42% of shoppers who experienced a decline moved on. Either abandoning the purchase completely (28%) or shopping with a competitor instead (14%).

Even shoppers who aren’t declined may move away from a purchase. Eighty-four percent of respondents reported abandoning an order before completing the purchase. Many of these shoppers blame the checkout process. Thirty-seven percent abandoned a purchase because of a complicated checkout, while 34.9% blamed a bad mobile experience.

“It’s really difficult for any single retailer to effectively manage their fraud. This survey shows just how damaging it is when they fail to do so,” said Eyal Raab, vice president of business development at Riskified. “Merchants need to be able to meet their customers where and how they want to shop. But offering options like omnichannel fulfillment or digital gift cards opens them up to threats. Making accurate decisions and approving good orders not only increases revenue now, it also makes happier, more loyal customers in the future.”

key findings from the survey include

Impact of household income on fraud and reimbursement:

Enterprise Times: What this means for retailers?

Another report that highlights the negative impact that fraud have on retailers, both in terms of revenues and the brand.

The Riskified report is comprehensive. It asked thirty questions, covering everything from how online purchases are made and on what devices, to consumer experiences with fraud and declines. It also investigates cart abandonment and merchant loyalty. The company then analysed the results across age, gender, and household income brackets.

In a nutshell, to survive in the competitive, omnichannel eCommerce universe, a business not only has to offer a quality product. They also have to stay ahead of fraudsters, beat the competition, and constantly grow more efficient.

Beating the fraudster, entails investing in all the necessary security infrastructures and protocols to protect consumer data. Failure to invest, could damage your brand and threaten your business revenues. Just look at Talk Talk.