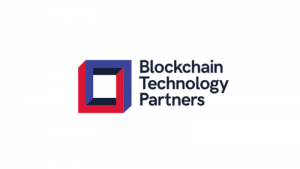 “Our mission is to bring the benefits of blockchain to business by providing Sextant — a blockchain management platform which leverages both Hyperledger Sawtooth and Kubernetes,” said Duncan Johnston-Watt, CEO of Blockchain Technology Partners. “Sextant radically simplifies blockchain adoption because enterprises can focus on application development with training, consulting and support provided by us. We are passionate about open source and we are active members of both the Hyperledger and CNCF communities. Participating in both makes perfect sense given we are standardizing on Kubernetes as our runtime platform and we look forward to promoting the synergies between the two initiatives.”

The first session provides a brief overview of Hyperledger Sawtooth and BTP’s rationale for focusing on this framework. It discusses:

The second sessions demonstrates how enterprises can:

BTP is also inviting participants to play a tic-tac-toe Sawtooth application. The challenge is to beat the system by bending the rules to suit each player’s own purpose.

According to the Hyperledger Sawtooth web pages, Sawtooth “is an enterprise blockchain platform for building distributed ledger applications and networks. The design philosophy targets keeping ledgers distributed and making smart contracts safe, particularly for enterprise use.

“Sawtooth is also highly modular. This modularity enables enterprises and consortia to make policy decisions that they are best equipped to make. Sawtooth’s core design allows applications to choose the transaction rules, permissioning, and consensus algorithms that support their unique business needs.”

The objective of Sextant is to unlock the value of blockchain for businesses. BTO suggests it accelerates innovation by:

Given these priorities BTP says Hyperledger Sawtooth is the best emerging open source blockchain technology. It bases its conclusions about Sawtooth on three premises:

In addition, BTP believes that Sawtooth’s clear separation between the network and the application tiers makes it easy for developers to:

BTP released Sextant in November 2018 at the Amazon AWS re:Invent event (in Las Vegas, NV). Sextant is available via the AWS Marketplace for Containers as:

For BTP Kubernetes is the logical choice for production-grade orchestration. Under the covers, Sextant automatically generates Kubernetes manifests so that Sawtooth can either be deployed on existing Kubernetes clusters or on brand new ones spun up by Sextant on AWS using Kubernetes Operations.

Enterprises are finding blockchain tough. Not only are blockchain-skilled resources expensive and hard to come by but blockchain technology remains a challenge with multiple levels of challenge, not least about selection of platforms and implementation paths.

In many ways the Blockchain Technology Partnership approach – to simplify adoption of blockchain technologies – is exactly what enterprises want to hear, and buy. The increasing acceptance of Blockchain as a Service (BaaS) offerings (from the likes of Amazon, IBM, Microsoft, Oracle and others) opens technology doors without major capital investment. Kubernetes adds another fashionable dimension.

In this context BTP’s Sextant could introduce the benefits of blockchain to business by providing blockchain management platform that delivers one click deployment of scalable Hyperledger Sawtooth networks running on Kubernetes in the cloud.  If Sextant frees up enterprises to focus on application development (rather than infrastructure) it may find many enterprises beating a path to its door, not least because to ‘leave’, if frustrated, will not be costly.