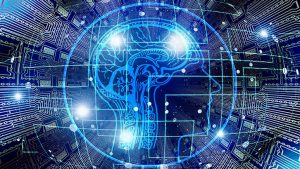 The joy of a technology like Artificial Intelligence (AI) is that it is never boring. I mean, every man and his dog are touting some advancement in AI, no matter how unintelligent they sometimes may seem.

On November 8th, 2018, Google Cloud made yet another AI announcement, building upon its January 2018 announcement of the AutoML brand. In this latest announcement Google Cloud effectively rolled out two tools designed to assist a company in keeping track of and managing their Machine Learning (ML) algorithms.

The tools are Kubeflow Pipelines and the AI Hub. The former is in essence an open source workbench solution with which companies can create, deploy and manage ML workflows. Think of it as a test bench environment that allows ML models to be tested and played with prior to their production deployment. AI Hub is basically a team support tool which, whilst an alpha release, is aimed at developer/engineer AI collaboration.

Google reinforcing its committment to AI

If you step back from the hype of such an announcement it is quite simple to dissect the delivery of Kubeflow and AI Hub. Google Cloud is/has been making strides with its major investment in AI. After all, everyone in tech is. Look at efforts by the likes of Microsoft and Amazon with their cloud services and how they plan to win customers by seducing them with their AI strategies. Google is reinforcing its commitment to AI and the cloud, making sure its debutant is the prettiest at the ball!

Nicholas McQuire, Head of Enterprise and Artificial Intelligence Research at CCS had this to say: “These are important, differentiating moves in artificial intelligence from Google. Customer fear of being locked in by the cloud providers is reaching an all-time high and this has been a key barrier for AI adoption. Meanwhile, hybrid cloud and open source technologies like Kubernetes, which Google pioneered, have become very popular so Kubeflow Pipelines addresses many AI requirements in a single stroke.

Additionally, AI Hub enables Google to build on the already extensive community around its AI content and tools with Kaggle and TensorFlow, for example, for enterprises to improve their internal collaboration on machine learning projects.”

As you may well expect, early adopters are the user base currently embracing AI. The kinds of sectors they operate in tend to be healthcare, financial, retail, manufacturing and media. The common usage tends to see such companies managing large swathes of data and interrogating it via ML algorithms which have been set loose to do their magic.

For example, US-based Emory University is combining clinical data, machine learning, and the scalable infrastructure of GCP to develop a sepsis prediction engine that uses real-time analytics in an effort to provide better care for at-risk patients while also controlling medical costs.

“With sepsis, early detection is key,” says Dr. Ashish Sharma, Assistant Professor, Department of Biomedical Informatics, Emory University’s School of Medicine. “By converting our TensorFlow-based sepsis prediction algorithm into an App and running it on the Google App Engine, we’re able to provide information in the actionable window when physicians can make meaningful interventions for a patient. What matters most is improving medical outcomes for real patients in ICUs and machine learning is crucial to helping optimise patient care.”

Hussein Mehanna, Engineering Director, Cloud ML Platform, had this to say at the time of the announcement: “Whether they’re revolutionising the clothing manufacturing supply chain or accelerating e-commerce, businesses from every industry are increasingly turning to AI to advance what’s possible. Yet for many businesses, the complexities of fully embracing AI can seem daunting.

Our goal is to put AI in reach of all businesses. But doing that means lowering the barriers to entry. That’s why we build all our AI offerings with three ideas in mind: make them simple, so more enterprises can adopt them, make them useful to the widest range of organizations, and make them fast, so businesses can iterate and succeed more quickly.”

Mehanna says Google Cloud has invested in specialised training and certifications to help grow the ML skill set more broadly. He claims that his company’s investment has helped grow AI adoption across enterprises, and that to date over 15,000 paying customers across many different industries are now using Google’s AI services.

He added, “Another way we’re aiming to make AI faster, simpler and more useful is by helping data scientists be more effective. Although there are approximately 20 million developers worldwide, there are only 2 million data scientists. They need tools that can help them scale their efforts, and organizations need more ways to take advantage of their work and make it accessible to their developers and engineers. Today we’re announcing several new products to our AI portfolio that do exactly that.”

The ultimate in disruptive technology

When you step back and evaluate something like AI it can quite literally take your breath away. The IT industry loves to use the term disruptive technology, and AI is one of those topics of conversation that polarises people. Depending on who you talk to, AI will either make or break industries. But no matter which side of the fence you sit, you cannot deny the huge impact AI will eventually have.

Take the simple subject of jobs. Almost too cliched to talk about, but let’s go there anyway. Online content is already being generated by not so smart AIs. We are going to have driverless vehicles, robots will swell in factories, financial services will become less people focused, we will one day see automated soldiers. Drones already fly in our skies – admittedly flown like a video game, but how long before they make their own decisions?

We are currently living in an augmented world of intelligence these days, theoretically tuned to assist people, rather than fully replace them. But AI is here and the groundswell of companies driving AI is staggering, as is the need for AI to assist in a world we force to be increasingly digital.

Let’s be clear though. Jobs will go, and jobs will be made because of AI and automation. Right now, figuring those numbers out is best described as ‘licking your finger and sticking it in the air…’. That will not, however, stop firms hypothesising those numbers. But remember, we are a long way from the dystopic future the movie industry predicates for AI – Skynet anyone?

AI Is not infallible. Wow, I feel better for saying that. I was educated on AI a long time ago, long enough ago that I now feel very old saying it. Back in the 1980s we had many heated debates about the systems we would need to build, the power we need to crunch it, where that power would reside and, of course, the classic ‘human’ subjects we argued about until we were blue in the face.

But one thing we discussed that is clear and has not changed is that AI is only as good as the data with which you train it. Like a small child, fill its mind full of the wrong information and they’re sadly flawed. AI is that child and because it is we humans that teach the AI algorithms, any error – no matter how miniscule – creates a flawed system. Oh, and step in the digital psychologists here because we haven’t even discussed the idea of confirmation bias. We could lose months of our life arguing this one out. So let’s not…

The power and the curse of AI is that no single company has the right answer. All vendors, be it Google, IBM, Microsoft, Oracle or anyone else, has a valid say in AI. Making this one technology that really is a true community offering. And the reason for this? Every customer in the world that embraces AI will do so in their own unique way.

Sure, we will argue about stuff like whether Intel has the best chips, or if Nvidia does, or whether IBM’s PowerPC architecture is best. Along with stuff like: how do we keep AI on the edge fuelled with all of this wonderful data it needs to consume to keep it smart.

AI is a revolution, but it is not a single view revolution. Any and all industries which embrace AI will do so individually. So, strap yourselves in for one heck of a ride, but open your ears because this is going to be one very loud conversation!