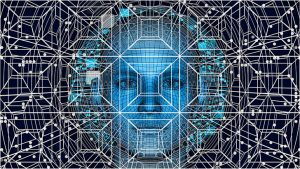 At its annual user conference Inforum, Infor officially released the Infor Coleman Digital Assistant. The product has spent months undergoing beta testing with eight large Infor customers and one partner. It is now available to all Infor customers especially those on the company’s multi-tenant cloud.

Infor is targeting the Coleman Digital Assistant at managers and busy users. It sees it as helping to remove the mundane from the lives of managers. Like most of the digital assistant technologies out there it will achieve this through automating tasks that people do.

Unlike many of its competitors, it will be doing this in a controlled, auditable and editable way. That means users can see what it is doing and change or tune the process. This is a significant step forward. Too many digital assistants are either based on scripting languages or are so opaque that users have to accept the outcome.

According to Rick Rider, Product Director of Technology, Infor: “We’re not just doing AI because it’s the sexy technology that we should be playing in. It’s really about focusing on business problems, and customers are the ones helping us drive this. Everything that you’re seeing that we’re developing is directly correlated to how customers want to build and use this in the future.”

What is the Coleman Digital Assistant?

The Coleman Digital Assistant is a task automation product. It helps users automate mundane and complex tasks which Infor calls skills. This could be something creating a purchase order or submitting a request to IT. The digital assistant will understand the forms required and prompt the user for the data. It will even extract the data from tasks that the user is carrying out.

Rider gave another example. “A sales person is called by a customer who wants to find the price point for a particular product. They have to make a quick decision, but are reluctant to go into that ERP system to find information. It could be because they are not trained on it or don’t have secure access, but they need the information.” In this case the skill would allow the user to ask for the price point and even give it a range of parameters that could be used to search for the data.

Each skill created by the digital assistant can be examined in a learning tool to see how it has been created by Coleman. This will allow users to adjust and fix any mistakes that the AI has made. Infor has added a conversational UX to the product to make it easier for users to engage with it.

The conversational voice interface of the digital assistant will also help users. Instead of creating a query to search for something they can just say “Coleman, how many red, shiny, widgets do we have in London or Toronto.” The digital assistant can parse that, create the query and respond far faster than the user can type the query.

At one customer, the team tasked with deploying the Coleman Digital Assistant consisted of three people. They built, tested and deployed 15 skills in a single day.

Rider describes the this as: “Our citizen machine learning development environment.” It will build its own machine learning and cognitive layers from the data companies already have. One of the ways that Rider sees it being used is to predict what is happening in the business. An example might be related to stock management and reordering where Coleman is able to look at a range of suppliers and external data to predict shortages based on upcoming incidents. It would then provide the user with a range of actions that they could take.

This is what Rider calls “augmentation AI”. It is using a workload to assist a user to make a decision.

Using this for stock control and shortages is no different to other AI platforms. Rider believes that the Coleman AI Platform can do much more. He talks about the challenge of Mergers and Acquisitions and how AI can ensure that goodwill and value are not lost.

It will allow them to use that to not only shift more complex but mundane tasks to the AI platform but also build Coleman into other Infor products. For example, when a merger is taking place there is a risk of customer relationships being affected. This is often caused by merging of distribution facilities, closing of some locations and reductions in staff. By using the AI platform to gather the data and work with CloudSuite Distribution, it is possible to carry out what-if planning based on customer demand and site closures.

This is the third product in the Coleman family. It is likely to launch in H2 2019. It will use AI to evaluate images, video and audio. There are several examples here that partly build on existing video work and partly on new work. Video is already used on production lines to assess the quality of items as they pass by at high speed. Vision will take that to a new level. It will be able to make multiple decisions based on the state of the object rather than just the accept/reject of current technology.

It also has a significant role in dealing with maintenance of objects in inaccessible locations. For example, a sensor in a chemical factory or examining a connector on a high voltage cable. Using a drone, an operator can fly up to the object and allow Vision to examine and determine what needs to be done with that item. It will even be able to match parts that need replacing so that the work order can all be done by the AI.

The use of voice has particular relevance in healthcare. For example, a doctor on rounds could order a set of treatment for a patient. Vision could take that audio input, update patient notes, place an order for any drugs or treatment and then confirm when it has taken place. In an ICU where patients need extra monitoring, Vision would be able to create new skills to help nursing staff deal with incidents.

One of the key goals for Infor with Coleman is using Amazon Alexa devices. In the first instance they are expecting clients to buy them for the business and deploy as required. Each device will be protected by 2-factor authentication to reduce the risk of misuse. While the devices are inside the enterprise, there will need to be assurances that they are secure and cannot be used to listen in on conversations.

However, increasing numbers of staff work from home and this creates a significant problem. The current generation of devices require a personal Amazon account and cannot be routed to another account when required. This means that home workers will either require additional devices or there will need to be a change to how the devices are controlled.

As the devices are always on, users will not want company owned devices in their private space as this could lead to allegations of spying on users. Similarly, organisations will be concerned that if the user is going through the consumer Amazon connection before it is routed to the business service, there could be data leakage.

All of this remains to be resolved. However, Infor is aware of the risks and claims that it is already working towards solutions. One of those solutions will be end-to-end encryption. Another is multi-factor authentication. What isn’t yet clear is how those BYOD and enterprise Alexa devices will be managed by IT departments.

Infor is trying something different to its competitors. It has built its own AI environment that is designed to integrate with the rest of its ERP solutions. This allows it to learn quickly across its customer base and look at the type of skills they are developing. By monitoring these it can quickly add some of these as base examples and enhancements.

It is also looking to widen the scope of AI usage. While individual companies will initially build the AI on their own data set, Infor is using open source libraries. It is also building integrations into open data sources such as weather and transportation. These will help it deliver very focused and targeted solutions to customers.

The key to success will be in how quickly it can drive adoption. It is already working with a number of customers to test the product before it is available. For the AI platform and Vision that is important. Both of these are complex. Vision, in particular, is dealing with objects (video, images, voice) that have historically been hard to resolve. If Infor can crack this it will steal a significant march on its competitors.

The big question is how much can it do alone? It is already taking advantage of the Amazon Lex APIs and using them for voice commands. But it will need to work with a much wider set of companies when it comes to image recognition.

If Infor gets this right then the Augmentation AI approach that Rider talks about may just be the route other companies begin to follow.

A new dawn for Odoo in Kenya