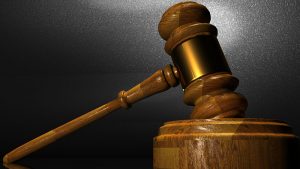 Last week five separate bills were put before three states in the USA. All of the bills have one thing in common, blockchain and in particular, smart contracts. The bills were introduced in Nebraska (3), Florida (1) and Tennessee (1).

It will be interesting to see how these bills affect other legal services inside the US. Electronic Notary Services have seen significant growth over recent years. Smart contracts and blockchain will impact on these services and create new markets. One of the challenges of smart contracts is ensuring that they are correctly coded which means all parties need to be comfortable with the technology.

These five bills are just the latest to arrive in various US State legislatures. In April 2017 Arizona adopted a blockchain law. This was followed in June by Nevada and Vermont. Other states who have either enacted or are working on blockchain legislation include Maine, Hawaii, Illinois, North Dakota and California. Now we have three other states moving down the same route it seems like blockchain is on a roll, at least at the State level.

It is important to note that there is a wide difference in the language used in the various states. While most are looking at blockchain and smart contracts, some are looking at cryptocurrencies as well. This latter is likely to be a contentious issue especially given the significant uncertainty in the market.

One of the interesting potential uses is to replace official documents to prevent forgery and fraud. Illinois has already announced plans to use blockchain for birth certificates. The Florida bill talks about blockchain alongside driving licences and other documents.

At the same time, the US Federal Government is also considering what to do about blockchain. So far it has chosen to leave this to individual states. However, it does have the option to exercise its right to impose federal blockchain laws. That said, is has not yet delivered any draft legislation on the subject. This is despite the fact that some federal agencies, such as the State Department are reported to want its use.

There has been a growing move towards delivering blockchain services from the big IT vendors and consultancies. IBM has been especially active announcing dozens of blockchain pilots and deployments. Some of these, such as the Dubai Customs initiative, are government based. This is the sort of project that the US Department of Homeland Security would be interested in.

There are a lot of start-up companies that see blockchain as a technology that will give them rapid growth. The challenge for these companies is how to get FedRAMP accreditation in order to win state and Federal government contracts. Those that do break into that space will gain significantly.

US States have stolen a march on the Federal government. Their focus on digital ledger technology (DLT) also gives them a lead on many European governments.

This is good news for those selling DLT solutions. It means that there is a fast growing market that has a lot of room for expansion. While many of the current bills are talking about smart contracts, the potential for tracking legislation, births, deaths and marriages, driving licences as well as a host of other pieces of state issued documentation is interesting.

It will take time for the various bills to work their way through the legislatures and there are many states yet to make their position clear. Despite this the ball has started rolling and it is hard to see it stopping.

The big question is what will the Federal Government do? Will it seek to issue its own legislation and overrule states? Will it adopt blockchain across all of its documentation services?

This is not just a US issue. In Europe, Estonia leads the way with blockchain deployment. It is not alone. The Dutch Ministry of Justice and the UK Home Office are both looking at the potential for using the technology in the legal system. However, many European countries have yet to start looking seriously at the technology. Will the EU begin to use it to deal with cross-border trade? It is certainly one possible solution to the tricky UK-EU Irish border trade issue created by Brexit.