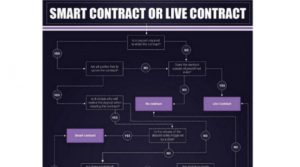 LegalThings was founded in 2014 by software developer Arnold Daniels, tax lawyer Rick Schmitz and business economist Martijn Migchelsen. Customers vary from multinationals to governments. It claims to have over 30K users already.

The Dutch government wants to be a front-runner with blockchain technology. In Holland there are many blockchain projects in the process of launch. Two aspects many of these have in common are the aims of:

One of the key focus areas is the digitization of laws. Taxation, pensions, local regulation and even criminal law are within the scope of digitization on the blockchain. The hope is that blockchain technology will:

Ministry of Justice and LegalThings

While most governmental blockchain projects are still in research phase, the Ministry of Justice is an early mover. The Ministry was the first governmental institution to start with the digitization of legislation on the blockchain, using the LegalThings One platform.

With LegalThings One’s solution called ‘Live Contracts’ the Ministry is experimenting with digitizing a part of the Dutch criminal code which handles ‘low classification’ cases. Typically these are petty theft and possession of small amounts of drugs at festivals. Such ‘low classification’ cases consume the majority of time spent by judges, district attorneys and police officers. If handling these can improve, this would release time to spend on bigger cases.

How is a blockchain solution relevant? Instead of complicated laws being explained by the police, a suspect can see:

By making the law understandable for everyone, millions of euros will be saved by the Dutch government. The hope is that this will also increase the satisfaction level for all parties involved.

LegalThings claims its platform offers a completely different approach that is new to governments. Instead of massive IT projects with a multi-million euro scope, LegalThings One offers full control to its users by offering them tokenized licenses to access its software.

Unlike Smart Contracts, the LegalThings Live Contract protocol bridges the gap between the needs of the real world and the benefits of decentralization and automation in the blockchain. (LegalThings has a white paper explaining much of its smart contracts thinking here.) The protocol splits up the rules of a contract or law in parts that are understandable for both computers and humans:

LegalThings says it beat household names – like Capgemini and CGI – to win the Ministry of Justice contract. That may be due to the unortodox approach of the LegalThings One platform.

More significant, this represents a step forward into a form of non-financial usage which has the potential to contribute to society. The underlying concept of the Ministry of Justice – about making ‘low classification’ justice faster, smoother and cheaper is one many other countries may yet look to if it succeeds.