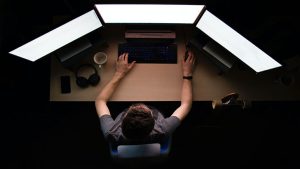 Organisations demand more from their development teams and technology infrastructure than ever before. There is increasing pressure to ship more and better features, to improve the customer experience. To do all of this faster requires flexibility, automation, and abstraction. A key technological development enabling this is the adoption of microservices.

As microservices become a modern enterprise “must,” service mesh and API gateways have become viable solutions to address the headaches of managing application reliability, security, and observability. Managing those microservices has become its own challenge. To overcome this, organisations have turned to service mesh to solve it.

However, the service mesh is an emerging market. There are fewer established best practices than there are for API gateways. Organisations should not waste time reinventing the wheel. Look at what other leaders are doing, find relevant use cases, and apply the best practices to your own environment.

Here are some top trends and best practices for organisations to adopt to enjoy a transformative impact on app reliability, increased developer productivity, and customer satisfaction, from the 2022 Service Mesh Adoption Survey by Solo.io and ClearPath Strategies:

1. The Microservices Explosion is Here

The uptick in microservices and increased development velocity have led to pain for many organisations. They are struggling with microservices, API sprawl, and added technical debt. Also, over 70% of organisations report having delayed or slowed application deployment into production due to application networking or security concerns.

Enterprises are struggling to manage this explosion of services. To solve this, they are turning to service mesh and API gateways to manage an increasingly complex application environment.

Microservices adoption is greater among companies with a high degree of containerised architectures and Kubernetes usage. Among organisations with more than half of their production workloads running on Kubernetes, 81% use a service mesh. It compares to only 45% of those organisations with half or less of their production workloads on Kubernetes. This transition is both new and large-scale. Customers still haven’t figured out how to get the best benefits from them, let alone how to manage it all.

In the past two years, service mesh adoption has grown from 30% (as reported by CNCF in 2020) to 49% in our survey. Additionally, a further 38% are evaluating a service mesh for adoption. The reasons for adopting service mesh are varied, with less broadly recognisable trends.

The research also pointed to a strong correlation between success with microservices and faster, more reliable application development. Almost half describe the impact of the service mesh as “transformative”.

Smart organisations use service mesh for its delivery of cross-functional capabilities to infrastructure, security and application teams. Its capabilities should align with platform teams that have those responsibilities. Success with microservices tends to align with organisations that release software more frequently and have good CI/CD and GitOps practices.

Meanwhile, Istio is emerging as the Kubernetes of service mesh. Leading companies are choosing an Istio-based service mesh by an almost three-to-one margin to boost application reliability and security.

3. Kubernetes has crossed the chasm

In the early days of Kubernetes, it was not the panacea for digital transformation that many wanted it to be – and it came with its own pain. But today, companies have largely solved that pain. A majority of those using Kubernetes in production (53%) now report at least half of their production workloads running on Kubernetes. Importantly, they have figured out how to make the most of it, as satisfaction with Kubernetes is nearly universal (94%).

As most companies leverage hybrid and multi-cloud strategies, they are looking at service mesh offerings that enable consistency in any cloud or Kubernetes environment. The market adoption of microservices and Kubernetes provides a strong foundation to layer on service mesh to solve a broad set of microservice-related issues.

It is no surprise that Kubernetes has “crossed the chasm”, as the most recent State of Cloud Native Development Report by CNCF stated. Solo.io’s new data reflects this trend as well. 64% of companies report usage of Kubernetes in production at some level. Meanwhile, a further 31% are evaluating Kubernetes. A similar share (92%) plans to migrate additional workloads to Kubernetes, including most enterprises reporting a very high likelihood of doing so.

4. API gateways are foundational for success

API gateways are a stable market, with 93% of companies using or evaluating an API gateway. The benefits (primarily to ensure service reliability) are clearly understood. They align with organisations’ increasing use of microservices and app modernisation strategies.

Moreover, an overwhelming majority (85%) of companies say they are modernising their apps and moving to a microservices architecture. An overwhelming majority of organisations (89%) report a positive impact on app reliability due to using service mesh. In a nutshell, service mesh leads to more reliable apps. As more microservices are deployed, API gateway and service mesh functionality will eventually overlap. Platform teams should look to enable consistent technology, management and policies across both functions.

There is no doubt that to succeed, companies need to continually push to do more, faster, with less. As microservices become a modern enterprise “must,” service mesh and API gateways have become viable solutions to address some of the associated headaches. However, managing those microservices has become its own challenge, and organisations are turning to service mesh to solve it.

By leveraging service mesh and microservices, modern organisations can truly have a transformative impact on their business’s bottom line by doubling down on app reliability, increased developer productivity, and customer satisfaction. 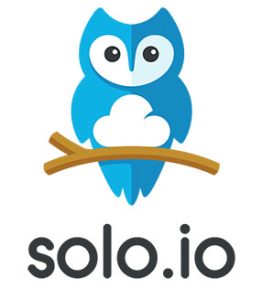