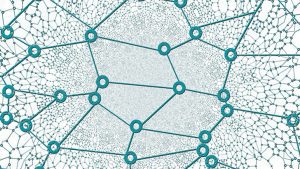 Graph databases have been deployed to address everything from managing global pandemics, improving urban planning, and preventing fraud, to simply making sense of large volumes of interrelated data.

Graph technology first became prominent when The Panama Papers hit the headlines. It revealed relationships concealed in legal and financial records to expose wrongdoing. The graphs made clear connections that public officials and executives had tried to keep secret.

Today, graph technology is widely used throughout the private and public sectors. We know graph database technology has been rapidly adopted in B2B. What’s less known is that it is increasingly used in government settings.

Graph-connected data has proved to be critical in many scenarios, including search engines, GPS navigation, and social analysis. And increasingly, in a wide variety of citizen-facing contexts.

An overall picture for decision support

Graphs are better at representing the connections between concepts than their relational database predecessors. Because of their ability to make sense of connected data, graphs are applied to many problems in the public arena. Graphs help civil servants make better decisions and aid the taxpayer.

In Finland’s oldest city, Turku, for instance, graph technology is leveraging IoT data to make better decisions about urban planning. Jussi Vira, CEO of Turku City Data, the IT services company assisting the city in achieving its digital cost-saving ambitions, said, “A lack of clear ways to bridge the gap between data and business problems was inhibiting our ability to innovate and generate value from data.”

Turku City Data found that graphs represent data in the same way business problems are described. It makes it easier to match relevant datasets to concrete business problems, says Vira. Adopting graph technology has enabled the city of Turku to deliver daily supplies to elderly citizens who could not leave their homes during the recent pandemic.

Curbing fraud is another central graph-based government use case. In their efforts to hinder cyber-attacks, researchers at MITRE Corporation, a Federally US-funded, not-for-profit company, have been using graph technology to develop a special security decision support tool called CyGraph. It is a cyber warfare analytics, visualisation, and knowledge management platform.

England’s Department for Education (DfE) uses graph technology to meet the key public sector target of value for money. The context here is that the complex landscape covered by the department can make it difficult to identify opportunities for budgetary savings. A graph-based, centralised information repository enables widespread service component reuse, resulting in both immediate and future cost savings.

“The Department delivers critical services across the education sector, for which we depend on a complex IT infrastructure composed of multiple business systems, services, applications and components,” confirms its Head of Architecture, Luke Slowen.

“Graph tech helps us visualise our data and the opportunities in one place, so we can focus our efforts on streamlining our service delivery and operations.”

DfE didn’t just stop with big-ticket items such as services. Contracts, finance, service documentation, resources, and capabilities information are also linked in its graph. As a result, it’s much easier for DfE planners to see the specific cost of each service and how it is procured. The graph-based approach helps to eliminate duplication and empowers the DfE to make better-informed business decisions.

“Our initial cost savings will only grow as we pull in more areas of the department over the next two years,” says Slowen. “All in all, our investment in graph tech is paying terrific dividends.”

When lawmakers need to make sense of large volumes of data, graph databases can provide the route to the answers they need. Government at the scale of GOV.UK but also local authorities store large amounts of data, and their departments need answers fast. Graph technology enables public sector organisations to get those answers.

In a 2020 GOV.UK blog post, for example, One Graph to rule them all, Whitehall data scientists Felisia Loukou and Dr Matthew Gregory shared how they’d built their first machine learning model with the help of graph technology. The system automatically recommends content to GOV.UK users, based upon the page they are currently visiting.

Such examples strongly suggest that public sector use of advanced data technology, as exemplified by graph databases, is set to increase. This enlightened tech approach will meet the growing, complex challenges faced by governments of all stripes in the year ahead.