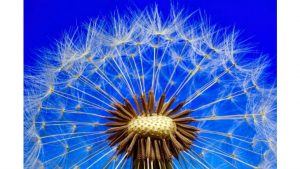 Prophix published an obituary following the death of its founder and Executive Chairman Paul Barber on May 2nd after a battle against cancer. Barber founded Prophix in 1987, originally as a software distributor. He only passed over the CEO role to current leader Alok Ajmera in 2020. We would like to pass on our condolences to Barber’s family, both immediate and the extended one he created within Prophix.

ActiveCampaign has acquired the Postmark and DMARC Digest service offerings. Postmark is one of the fastest-growing transactional email services on the market, and DMARC Digests is an email authentication and monitoring service.

IRIS Software Group (IRIS) acquired Paycheck Plus. Founded in 2005, the Drogheda based business has grown consistently into Ireland’s premier payroll services provider, with clients in Ireland, the UK, Europe, and the USA.

Aida Álvarez has joined the Bill.com board of directors.

DocuSign has appointed Steve Shute as its new President of Worldwide Field Operations.

Anthology has partnered with GoPeer enabling Anthology clients to deploy GoPeer as either a standalone offering or through Blackboard Assist, the tool within Anthology’s Blackboard Learn that connects students to the support services they need to thrive.

Revature, the largest employer of entry-level technology talent in the United States, today announced its partnership with Appian, a global leader in low-code.

Demandbase announced it was ISO 27001:2013 certified by Schellman & Company, LLC.

Fluence Technologies announced a strategic partnership with DataBlend to help companies confidently report on financial data from across their organizations.

Konsolidator has reached an agreement with Leasify AB and will embed the Leasify IFRS 16 reporting tool. CEO at Konsolidator, Claus Finderup Grove, commented: “Leasify and Konsolidator complement each other well by providing solutions to different challenges in the consolidation and reporting process.

“The core of Konsolidator is to reduce complexity and increase simplicity in financial consolidation, but by introducing add-ons that perform specialized functions, we can provide customers with even more value and strengthen the use of our software without making it more complex, meanwhile increasing the sales potential.”

Salesloft announced a new Solution Partner Program designed just for those organizations that guide customers to consider, implement and adopt Salesloft as part of their Revenue initiatives.

Accenture and SAP announced a joint offering combining RISE with SAP and SORA with Accenture to help large enterprises across industries easily plan, implement and manage deployments of RISE with SAP in the cloud.

SD Worx has signed a partnership with PayGroup to support its European multi-country customers with branches in Asia-Pacific and the Middle East. SD Worx has extended its contract as the main sponsor of the best women’s team in the UCI rankings until the end of 2026.

“We want to pull out all the stops to maintain the leading position of Team SD Worx. In addition, by extending our sponsorship, we want to help facilitate the further development of women’s cycling in general”, says CEO Kobe Verdonck.

UKG and the US National Women’s Soccer League (NWSL) announced a historic, multi-year partnership. UKG is the first-ever title sponsor of the NWSL Challenge Cup. It will increase the Cup bonus pool tenfold in 2022. The total pool will more than double again in 2023.

Copper published a case study about how Diag partners have leveraged its CRM solution to improve data integrity.

Ceridian reported Q1 2022 revenue as $293.3 million, up 25% year-over-year in the first quarter, which exceeded guidance. Dayforce revenue was up 31% year over year in Q1.

Freshworks announced Q1 2022 results. Revenue was $114.6 million. Girish Mathrubootham, CEO and founder of Freshworks, Stated: “We’re off to a strong start to the year with Q1 revenue growth of 42% year over year. We made progress on our 2022 product priorities with the launch of Freshworks CRM for eCommerce while increasing net dollar retention to 115% and continuing to run our business efficiently.”

Upland announced financial results from Q1 2022. Total revenue was $78.7 million, up 6% year over year. Cash on hand was $130.4 million, with more acquisitions likely.

iCIMS has raised fresh capital after abandoning the attempt to IPO. It has raised funds from TA Associates, which bought shares from Vista Equity and now co-owns the company. While details were not disclosed, iCIMS was valued at around $3 billion at the time of the deal.

Definitiv unveiled V3.3 with organisation charts available as part of a new Teams module available in beta. There is a new look and additional features in user roles and permissions and improvements to reports and imports.

Pulseway improved its integration with IT Glue and launched automation workflows for macOS and Linux.

Syniti announced the first of multiple updates to its industry-leading Syniti Knowledge Platform this year. Syniti Migrate, the fully cloud-based version of Syniti Advanced Data Migration, is now available. With Syniti Migrate, customers will have greater control of their data in a faster, more secure offering – from any source to any target – helping to ensure a Boring Go Live® every time.

TriNet launched a major redesign to its customer-facing technology platform. It has a modern look and feel that will deliver a more visual, intuitive and optimized experience across devices.

Retail and eCommerce news from the week beginning 20 June 2022