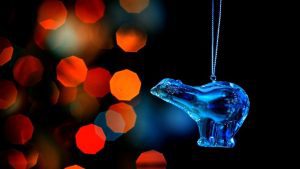 Scoro has published an infographic to summarise the progress that it has made over the last year. It also revealed the final product updates for 2021. It has been a significant year for the business management software vendor.

Founded in 2013 and headquartered in London, UK Scoro has built a complete business management solution for creative and professional services. Functionality includes time management, project management, CRM and finance. It is not an accounting solution but has integrations with systems such as Xero and QuickBooks.

The year started off with a Series A funding round that raised $16 million led by Kennet Partners. The company has continued to expand. It now has around 130 employees (according to LinkedIn) and has quadrupled its presence in the US. It is also still hiring across its three regions: The Baltics, the UK and the USA. There is little in the infographic to indicate revenue growth, but the company has added customers in five new locations, bringing the total to 92.

Most of its customers are from the creative industries. Scoro revealed some of the working habits it has seen across its customer base:

In terms of usage, Monday is the busiest day and Autumn the busiest Season, though that may have been due to the impact of the pandemic.

Scoro has had a busy year following the investment. It released eleven versions in 2021, adding a real-time Gantt Chart, a customer portal and support for single sign-on.

In the latest release it added:

Scoro also revealed what it is working on for early 2022. These include further improvements to reporting and the ability to split tasks between employees to more accurately and efficiently record time.

While there are some interesting statistics within the Scoro infographic it falls a little short. There is no indication that the investments made have turned into revenue increases. It does not appear to have opened any new offices in the US, specifically the West Coast. Nor despite offering its solution in French, Spanish and German has it opened a new office in those locations. There is no mention of any of the key metrics that most SaaS vendors live and die by, churn, customer satisfaction and growth.

The company may be doing well, but it has not shared whether it is succeeding on its mission to change the way the world works, helping customers become more productive and efficient in the process. What Scoro has done though is to become a leader in the G2 Grid for Project and Portfolio Management. It has an impressive 262 product reviews, many of which are constructive and show a level of honest engagement rarely seen.

Despite the lack of information one of the initial seed investors, Tuomas Kosonen, a partner at Inventure commented on LinkedIn, “Scoro going strong and 2022 looking even brighter”. There are signs of growth, but at what burn rate, it is a company worth watching in 2022 to see what they can achieve.