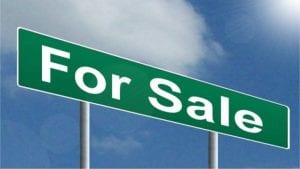 Bloomberg (registration may be required) has reported that Advent is reviving its plans to sell Unit4 NV after interest from a blank-check company. Its sources said that the company could be valued at $2 billion. Neither Advent nor Unit4 responded to enquiries about the matter from Bloomberg. Advent originally acquired Uni4 for around €1.2 billion in 2013. However, that deal also included elements that Unit4 has since divested.

Special Purpose Acquisition Companies have been around for a long time. However, in recent years the number has increased substantially as investors and investment funds see them as a vehicle for acquisitions. Up to August, more than 50 SPACS have been formed in the US alone and have raised $21.5 billion, source Investopedia.

Advent last tried to sell Unit4 in 2018. Since then, a lot has happened. Advent restructured the business and separated Unit4 Wholesale, which was recently sold to KCS. It also separated the part ownership of FinancialForce from Unit4. It also acquired Employee experience firm Intuo. This left Mike Ettling, appointed in April 2019 to run the global people Centric ERP company with fewer distractions. Since then Unit4 has divested its Benelux business Unit4 Bedrijfssoftware.

Despite the pandemic, Unit4 has continued to perform well. Cloud subscription revenues grew by 16% in the last quarter. With a revamped partner network, the company is poised for growth. Ettling seems to have done an excellent job, and at least one SPAC has taken notice and wants in.

The rumour mill has started. With so many SPACs looking to invest in fast-growing companies with potential, it seems likely that there is some truth behind this report. Even if there may be other SPACs taking a look at Unit4 as a possible takeover target, Bloomberg believes that this may happen early in January. If it does what will it mean for Ettling and Unit4? It seems unlikely that the change in ownership will change much; however, shifting to becoming a public company will open up more information about its progress in migrating customers to the cloud than it has done before. Ettling will need to spend more time with investors, is that something he will want to do?

Regardless, if the price is right, it seems that Advent might finally exit the company after seven, nearly eight years.