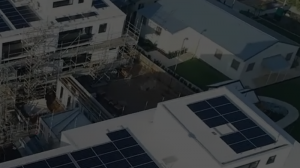 Power Ledger has signed an agreement with Connected Communities Energy – a project by residential developer Nicheliving – for a large-scale solar energy trading roll out in Western Australia. The developments will integrate Power Ledger’s platform into 10 Nicheliving projects over three years.

“As part of its Smart Cities initiative, Connected Communities, Nicheliving was seeking a way to provide new homeowners with more sustainable and affordable energy in their new home. Power Ledger’s technology enables homeowners to lower their daily energy costs and unlock a new revenue stream by monetizing excess solar energy and reducing their reliance on fossil-fuel sourced power,” said Nicheliving Managing Director Ronnie Michel-Elhaj. “The relationship with Power Ledger will help us deliver on our commitment to building more sustainable communities for Western Australian homeowners.”

Power Ledger and Nicheliving in Perth

Power Ledger is a Western Australian-based energy trading technology company. It will install its platform across 10 residential developments that Nicheliving will build. The first are in Inglewood (62 apartments) and East Cannington (40 apartments) in the Perth metropolitan region.

Power Ledger is already working with property developers to implement its energy trading software. This can be ‘from the ground up’, by supporting solar and storage in people’s homes as well as in commercial property developments.

Power Ledger is an Australian technology company that has developed a blockchain-enabled renewable energy trading platform. Its energy trading software is usable for buying and selling electricity in real-time. If a ‘customer’ has solar panels on he or she can:

For the Nicheliving initiative, its platform will:

“We’re seeing an emerging trend of project developers considering more low cost and low carbon energy supplies during the design phase of their projects. Power Ledger’s platform incentivises homeowners to invest in solar energy infrastructure. New homeowners are always looking for ways of reducing the upfront cost of providing power infrastructure and (its) platform is available to help pay back a solar investment faster, while reducing the carbon impact of energy.”

Besides as well as a virtual power plant program in South Australia, Power Ledger:

In concept, the Power Ledger approach is similar to trading shares on a stock exchange. Customers can set to buy and sell energy at the price they choose. They obtain security and peace of mind with all transactions recorded on a blockchain. As important, this sort of initiative contributes to, and has relevance for, reducing ‘rejected energy‘.