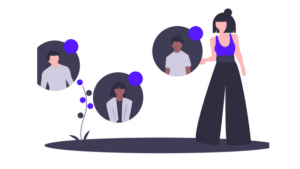 The Telos Foundation is joining the Blockchain Research Institute (BRI) in an effort to further its mission to broaden blockchain adoption. Almost simultaneously it is welcoming Unbiased, a data marketplace designed to combat bias in AI. (Unbiased is a startup based in Goteborg, Sweden which has an early March launch for its new Data Marketplace that will use a combination of crowd-sourcing, blockchain and artificial intelligence to enable the transparent collection of trustworthy data.)

By joining the BRI, the Telos Foundation hopes to contribute practical ideas on how to incorporate blockchain technology into everyday processes. Says Suvi Rinkinen, CEO of The Telos Foundation, “For the Telos Foundation, joining BRI was a natural extension of our mission to support purpose-driven blockchain projects. At this early stage of user adoption of distributed-ledger tech, we think it’s vital to share information with peers and to learn from them whenever possible so we can build a sustainable future together. BRI is clearly a great venue to do that.”

The Telos Foundation and the BRI

The Telos Foundation is a “Decentralized Autonomous Organization” established as a promotional and funding body to:

The Blockchain Research Institute (BRI) is a ‘brain trust’ . It is a collection of individuals, organisations and researchers drawn from a wide range of fields. Under the BRI auspices they come together to identify industries where blockchain technology could be of use.

The BRI’s research focus spans 11 primary categories (see diagram above). Blockchain Research Institute co-founder and Executive Chairman Don Tapscott said, “…new members, all of whom are global leaders in their industries, will help guide our research and strengthen the membership network as a whole.”

The Telos Foundation and Unbiased

The AI community has an underlying problem. Its data sources often incorporate bias (even if that bias is unintentional). The Unbiased Data Marketplace aims to help address bias in those datasets which are used to fuel artificial intelligence applications.

Its first offering will be its Data Marketplace. This will offer a solution made up of three distinct layers of data:

Founded in late 2018, Unbiased describes itself as “a seed-stage, pre-revenue startup looking for venture capital”. This is where the Telos Foundation interest and participation becomes important – as a kickstarter.

“We live in the era of AI, and data requirements are increasing rapidly. AI & Machine Learning have the potential to shape industries like Healthcare, Mobility, Insurance, etc. Because of this, there is a significant rise in concerns about the ethical implications of AI and inherent bias, as these applications are used in life-threatening scenarios,” said Sukesh Kumar Tedla, Unbiased founder and CEO. “We decided to build a transparent platform that ethically meets the data needs of the AI industry to address what we see as the AI industry’s current shortcomings.”

That the Telos Foundation is joining the BRI is not surprising. Linkages between ‘institutes’ which ‘encourage’ blockchain adoption are not unknown – the broader the memberships the greater the alleged heft.

The Telos Foundation interest in Unbiased – as a tech startup building solutions to fight biased AI, fake news and misinformation – could be more relevant to enterprises. The key to success will occur if Unbiased’s approach provides:

Whether its business model for gathering the data will attract support is its major challenge. The Telos Foundation involvement, not least with the BRI, may make this more straightforward.

Latest News Ian Murphy - April 7, 2020
0
SonicWall has revamped its SecureFirst Managed Security Service Provider (MSSP) program. Most of the new capabilities are the result of a long consultation with...

Latest News Steve Brooks - April 6, 2020
0
Copado has added its name to the list of companies offering free access to their platform to a subset of global organisations. Copado offers...

Blockchain Charles Brett - April 6, 2020
0
This is an occasional start-of-the-week Enterprise Times blockchain catch-up. It is not intended to be comprehensive, first to highlight developments covered and then, in...

NTT Ltd Ian Murphy - April 3, 2020
0
Organisations like to talk about innovation and how they are spending money on R&D to create new products for their customers. Many companies, however,...

Latest News Steve Brooks - April 2, 2020
0
At IFS World last year, the company demonstrated many of the new technologies in IFS labs that it was looking to deliver. One of...

Business Ian Murphy - April 2, 2020
0
Supermarket chain Morrisons has won its appeal in the Supreme Court over a data breach that occurred in 2013. It brings to an end...

Latest News Steve Brooks - April 2, 2020
0
Krow Software has released the latest version of its services experience platform. The PSA solution, which is built on the Salesforce platform, introduces several...

eCommerce Roy Edwards - April 2, 2020
0
A study from Juniper Research found that eCommerce merchant losses to online payment fraud will exceed $25 billion in 2024. This is from just...

Fancy your own currency on a blockchain?