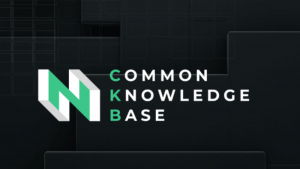 Nervos Network has announced a public grants fund to fuel ecosystem growth and development for its permissionless layer one blockchain — the Nervos Common Knowledge Base (CKB). The intention is that participating individuals (and teams and projects) will have the resources to develop and deploy new solutions on the Nervos Network. To facilitate this development,

“We believe that building a truly decentralized network requires the contributions and efforts of the entire blockchain community,” said Kevin Wang, co-founder of Nervos.

“As a bootstrapped, fully open source network, we want to empower anyone who shares a common vision to help build Nervos into a public resource for the decentralized economy. The blockchain industry is rooted in open source philosophy, so it is incredibly important for us to build an inclusive ecosystem that reflects the visions and contributions of the people in it. We’re truly excited to see what the community has in store for the Nervos ecosystem.”

Nervos and its multi-million dollar commitment

Nervos is committing US$30M. It will makes available grants which it will awarded across multiple project categories, including:

As an open source public blockchain, the company seeks as completely decentralised an ecosystem as is practical. The new grants fund will enable it to:

Through the grants program, blockchain teams and projects will be able to contribute to:

The Nervos Common Knowledge Base (CKB) is the layer 1, proof of work public permissionless blockchain protocol of the Nervos Network. It allows storage of any crypto-asset with the security, immutability and permissionless nature of Bitcoin. It enables smart contracts and layer 2 scaling. The company claims it designed its unique crypto-economic model to align the interests of users, developers and miners (when compared to first-generation blockchains).

Initially, it will award grants to proposals which focused on infrastructure development in areas such as:

Nervos will also award grants adressing other categories. This will occur in stages and include:

Since the launch of its ‘Lina’ mainnet in November 2019, the company has been developing blockchain-based solutions to help transform several traditional industries. Most notably, Nervos is working with major financial institutions like China Merchants Bank International (CMBI) and Huobi to co-develop decentralised platforms and applications for financial services.

Applications to participate in the Nervos grants programs are open to individuals as well as teams and projects. As part of the judging process, all submissions and proposals will be made public to open source feedback and comments from the wider blockchain community.

Nervos Network came from the creators of Spark Pool, a large ETH mining pool; imToken, an Ethereum wallet; Cryptape, an blockchain engineering team in China; contributors to Bitcoin and Ethereum core protocol research and development. By offering US$30M in grants, Nervos encourages participation. It may have a challenge assessing which requests for funding do most to promote the Nervos Network in the long term.