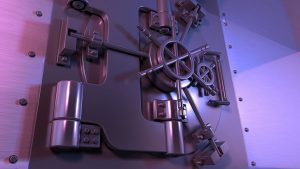 Banco Bradesco SA has been trialling quantum resistant encryption technology from IBM. The goal was to prove that the encryption was viable in the context of existing systems. To that end, the bank tested homomorphic encryption (HE) against two different scenarios using real-world data.

Those scenarios included taking transaction data from the bank and encrypting it using IBM’s Homomorphic Encryption libraries. The tests then sought to prove that once encrypted, it was possible to work with the data without decrypting it. This is a major step in how applications work with data.

Banco Bradesco presented details of the trials and the results at the Real World Crypto 2020 conference in New York last week. At the same time, IBM Research published a blog from Katia Moskvitch on blogging site Medium.

In the first test, Banco Bradesco took existing transaction data and a machine learning-based prediction model. The model had been built using unencrypted data. Both were then encrypted using homomorphic encryption. The bank then ran the model against the data to prove that it could run predictions with the same accuracy as against unencrypted data.

Flavio Bergamaschi is an IBM researcher and lead author of the pilot. He pointed out that running the model against the data allowed the bank this was to see if it could outsource the tasks of running predictions to an untrusted environment.

The second test was to train the model using the encrypted data. This is a more complex but more realistic future scenario. It means that data can be encrypted using HE as soon as it is created. To be able to build a model using already encrypted data means that the data integrity and encryption is fully preserved.

According to Bergamaschi: “We’ve shown that we could do this important task homomorphically with encrypted data coming in. This way, the key features are chosen without exposing any information about the customer — meaning that there is “potential to reduce the damaging consequences of data leaks that we have seen in the past, and the breach of privacy of individuals.”

Encrypting data on disk is something that organisations are beginning to do by default. They believe, mainly through misinformation, that once the data is encrypted it stays encrypted. That is, in fact, not the case. Very few applications are capable of working with encrypted data. They need to decrypt it in order to know what it says and then encrypt it once they have finished.

The result is lots of opportunity, however brief, for data to be accessed while in clear. That data can be copied, stolen or altered. From an IT perspective, the process is also expensive. It requires large amounts of processing power and memory to constantly encrypt, decrypt and then encrypt data.

Homomorphic encryption is designed to be different. First mooted over a decade ago by IBM researcher Craig Gentry, the idea is that once data is encrypted it should never need to be decrypted. Any application that works with the data should be able to do so with the data still encrypted.

The problem with HE is that it is very compute intensive, more so than the existing encrypt-decrypt-encrypt processes. As compute has gotten faster, HE has become more realistic. In 2017 the Microsoft, IBM and Duality Technologies co-founded the homomorphicEncryption.org group to advance use of HE.

With the threat of Quantum Computing to existing encryption, HE is seen as a future proof technology.

A key moment for Homomorphic Encryption

These tests by Banco Bradesco are a key moment for HE. They suggest that it is possible to deploy HE in real-world situations. Organisations gather large amounts of data about customers and visitors to their websites. That data is useful to the organisation. It can mine it to find out more about individuals and how to better target them. It can also trade or sell that data to third-parties. The problem is that the data is rarely protected and enforcing privacy through a supply chain is difficult if not realistically impossible.

The second test shows that organisations can encrypt customer data as they capture it. They can then work with that data without having to decrypt it. This means that they can also provide access to the data to trusted third-parties who never see the underlying data. It means that the often poorly phrased “anonymised data” can now realistically become anonymised.

Take the example of a supermarket with its own banking operation. It uses loyalty and credit cards to see what, where and when customers make purchases. That data is analysed to make personalised offers to customers. It also has third-parties who also want to pitch to those customers. Today, the supermarket allows those third-parties access to the raw data. With HE it can use the experience of Banco Bradesco to allow them to run their queries against encrypted data. This would protect the privacy of individual customers unless they chose to interact with the third-party.

Extrapolate that scenario to a major payment card issuer and they can monetise customer data while retaining customer privacy.

There is much we don’t yet have full visibility of in this announcement such as:

Without the answers to these questions, it is important to keep an open mind about this project. Two years ago, IBM was telling analysts that it didn’t have a date for homomorphic encryption becoming a realistic solution. In fact, it thought that neural computers would be required to solve the processing requirements of HE. This project suggests that something has substantially changed but what?

Are we about to see a long awaited shift in terms of encryption? If so, how long before governments outlaw it or demand it can only be used with backdoor access?