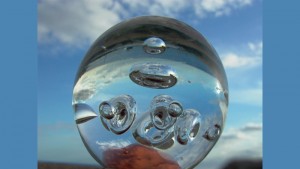 At IBM THINK 2018 in Las Vegas on 19th March, IBM has highlighted five future technologies it is working on. All of these technologies started life in IBM research labs. It is likely that IBM will seek to commercialise some of these itself and with the help of specialist partners.

What is interesting about this announcement is that it is targeted at a wider audience than might be expected from a research lab perspective. IBM is becoming more open about some of its research. It is showing off research at an earlier stage than it has done for some time. This gives some interesting insights into where the company is going.

There is another interesting message in these announcements. IBM has finally turned a very long corner in terms of profitability. Unlike many other companies, it has continued to pour money into research and development for the future. This is paying off but there is no point having the technology if nobody knows about it.

Part of this message is for its investors. It says: “Look at us. We are doing stuff that matters and we can make money off it in the future.” The support of investors has been important to IBM’s survival. The company wants to keep that.

IBM also wants to let researchers know that it is still the place to come if they want to invent. It is under a lot of pressure from others in Silicon Valley and further afield such as China. To acquire and retain the brightest talent it needs to show off more.

There is much to be said about each of the five predictions and CIC will be analysing their business and operational potential and market viability in detail in the coming weeks.  However, no one should be surprised in the direction IBM is looking to with the five technologies it is outlining – they speak to company’s core strengths, portfolio roadmap and heritage.

In short the five are:

As with all research work this is a mix of short and long term projects. The first two are capable of being used today it just remains to see how IBM will monetise them and who will partner with it. While it talks of the Plankton Microscopes being some way off, all of the underlying technologies exist and are stable. What is needed is to bring them together and package them in such a way that they can be deployed with a viable business and operational model.

The big bets here are on quantum computing and lattice cryptography. There is still much to be done on both. However, if IBM does accelerate its work on lattice cryptography and deploy it inside IBM Z computers, it will get far more attention than all the other projects put together.

Avoiding the risks of vulnerable endpoints

MVE and the importance of integration

Why Businesses Should Start Prioritising Cybersecurity

GTP and The Evolution of Roaming

The marketing you do before hitting any social buttons