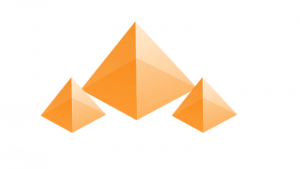 Worldwide Asset eXchange (WAX) is partnering with dfuse to offer developers a powerful API platform. Their objective is to drive first-rate user experiences for dApps which run on the WAX Blockchain.

“Building dApps can be a laborious process for developers, many of whom need the same basic features and functionalities,” said Lukas Sliwka, CTO of WAX. “dfuse APIs, combined with WAX’s fast-growing microservices layer, give developers the time-saving tools they need to create performant, scalable dApps.”

WAX is an all-in-one blockchain platform. It seeks to enable developers to create, sell and trade digital goods.

The WAX Protocol is a DPoS blockchain designed to scale in conjunction with a microservice layer which provides a specialised infrastructure for building digital goods marketplaces.

The WAX Platform consists of:

The WAX Blockchain provides, therefore, a token-based economy operating with resources provided by the consumers of those resources. In this way, WAX proposes:

dfuse is a platform which seeks to aid dApp developers to:

Bringing developers easy, real-time access to deep data from a blockchain has the potential to:

dfuse Co-Founder and CEO Marc-Antoine Ross believes WAX is a natural addition to the EOSIO and Ethereum blockchains that dfuse currently supports: “As the earliest adopters of digital assets and virtual currencies, gamers are often looked to as being the first massive market to adopt blockchain technology. And as the most promising platform in the gaming space, WAX is well-positioned to meet the needs of this large user base. dfuse looks forward to working with the WAX team to empower a large and growing network of dApp developers and enterprise partners that will deliver a ton of business value to mainstream users.”

dfuse is deploying a suite of developer solutions to WAX. It includes:

The concept is that with this suite of dfuse products, developers on WAX will be able to introduce real-time user experiences to dApps. In so doing they should unlock new possibilities for their users.

The WAX Platform is the combination of both the WAX Protocol and a microservice layer. The WAX microservice layer delivers the functions a well-designed marketplace needs to grow and scale without a massive investment in infrastructure. Expanding the accessibility for developers explains the partnership with dfuse.

As expected, 2019 has brought increasing focus on development tools which enhance underlying blockchains. This WAX/dfuse combination is representative of other such developments and likely 2020 will see ever greater sophistication – which are especially necessary in the complex world of tokens and cryptocurrencies.