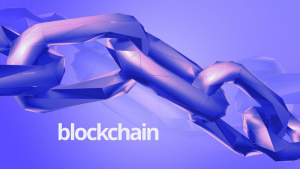 Blockchain has not quite emerged from its pupa. Yet that is steadily coming closer, and might occur in 2019 (though it will likely be 2020 before one can be certain).

In that spirit, this blog looks back across the 2018 blockchain year, drawing out some specific examples and shinning a spotlight on where to watch as 2019 progresses. Necessarily there will be the unexpected in 2019 but the following four topics present a reasonable sample to keep your attention:

The story of Bitcoin in 2018 is one where it went from a high of almost US$17000 per Bitcoin at the start of the year to hitting a low that was almost 80% lower in early December. That is some fall and was replicated across most other cryptocurrencies and Initial Coin Offerings (ICOs).

2018 also saw a steady stream of regulatory confusion about cryptocurrencies and ICOs – with announcements from regulatory authorities around the world that are polar opposites of one another – from deep suspicion and condemnation to attempting to create a conducive business environment for them.  Among the most damning of these was perhaps a report from the Attorney General of New York or the Financial Conduct Authority (FCA). Other authorities and regulators also expressed concerns, including the Bank for International Settlements, the European Securities and Market Authorities (ESMA) and multiple others.

On the more positive side of the pendulum, the Swiss Financial Market Supervisory Authority (FINMA) regulator issued ICO guidelines in early 2018. In late December Switzerland’s Federal Council published a report covering distributed ledger technology that outlined the view that existing rules were well suited for blockchain adoption, though improvements could be introduced.  This has seemed to be the opinion of the Organisation for Economic Co-operation and Development (OECD) Competition Division as well.

From an enterprise viewpoint, unless one is dealing with financial settlement, 2019 should continue in the vein of 2018’s general suspicion of cryptocurrencies and ICOs coupled with wild fluctuations in prices. These do not yet have the imprimatur of respectability.

A related area – those of Central Bank Digital Currency (CBDC) will possible start to bring digitally enabled currencies closer to everyday use. This is not expected to occur in 2019. 2020 or 2021 would seem more likely and requires balancing of a range of different issues both technical and regulatory.

If or when that first CBDC does happen it will steal much of the non-central bank cryptocurrency steam, and probably render ICOs largely irrelevant. This would be good for all but those who have expected or are expecting to cream off a fortune via private ICOs.

One other possibility to watch out for in 2019. Will Facebook launch its own US$-backed cryptocurrency? Given all that Facebook has endured in 2018 one might think this a step too far yet they have been hiring cryptocurrency ‘experts’ heavily.  Monetising WhatsApp, with an alleged 200M+ users in for example India, via a payments transfer electronic currency might be too much for a wounded Facebook to resist.  The uptake of blockchain by Alibaba on the other hand may be a competitive advantage for China in the long run.

In 2018 there were many supply chain/blockchain developments with multiple initiatives and/or roll outs. Examples include: the US Department of Defence (DoD) adopting SIMBA Chain; Eximchain raising US$20M; IBM’s Food Trust for food safety; Honeywell’s GoDirect Trade for the aviation sector, and many more.

Possibly the most striking was the fanfare surrounding TradeLens, a joint development by IBM and shipping giant AP Moller – Maersk. On announcement it had some 90+ signed-up adherents. Yet, within weeks, Coindesk (October 26th) reported that TradeLens was having difficulty attracting the levels of support needed to make it (TradeLens) attractive to end parties. For Coindesk, it was suspicion – originating especially from non-Maersk carriers – which threatened to suffocate TradeLens at birth. It quoted Marvin Erdly, head of TradeLens at IBM Blockchain, acknowledging: “I won’t mince words here – we do need to get the other carriers on the platform. Without that network, we don’t have a product. That is the reality of the situation.”

This case highlights perhaps the most critical aspect of blockchain during 2019 – in order for these technologies to truly take off, business processes need to be redefined – this is not the area of flash in the pan apps to get you your bubble tea faster that silicon valley have been producing over the last decade – it is a fundamental change to business infrastructure; getting it to work is going to take grit and hard work.  Many of the more lightweight proofs of concept will fail during 2019 and 2020 therefore.

One of the puzzles, however, about supply chains and blockchain remains the resistance by those one would have thought might be natural adopters and proponents. In 2018 these have remained largely silent. Who are these? The ERP vendors such as SAP, Oracle, Sage, and, to a lesser extent, the digital procurement marketplaces (Ariba, Tradeshift, InstaSupply, etc.). To outsiders, adding supply chain/blockchain services would extend revenues and bind customers ever closer to the vendors.

This did not occur in 2018. Most hedged or would not talk openly about blockchain plans or trials they were undertaking behind closed doors. Maybe this will change in 2019. For enterprises the supply chain/blockchain combo is an area to monitor closely.

Before 2018 development tools for blockchain were, largely, missing. Trying to do anything with blockchain was, and arguably remains, tough. But improvements started to arrive in 2018 and 2019 should see a wealth of product or service introductions.

Perhaps the most significant arrival in 2018 was BaaS (Blockchain-as-a-Service). Now the majors offer BaaS – including Amazon, IBM, Oracle and SAP. But these are not all: Alibaba, Baidu, Cisco, HPE, Huawei, and Tencent are competing and that is before one reaches smaller vendors, for example Crypotowerks.

In addition, other tools are coming into play. Take Blockchain Technology Partners which is offering its Sextant tools to go alongside Hyperledger Sawtooth. Or there is Parity Technologies’ Substrate, Blockhead and TIBCO’s Project Dovetail (for smart contracts) and AuditSafe.

The important conclusion here is that more blockchain tools emerged in the latest quarter than before. A trend seems established. Blockchain tools, combined with the ability to ‘run blockchain as a service’, are here to stay and multiplying. While none can yet be considered ‘easy’, blockchain in 2019 will be far more accessible than it has been.

There is little doubt that delivering a high transaction throughput blockchain would be a major achievement. With the proof of work (PoW) consensus algorithms (like used in Bitcoin) power consumption is high and transaction speeds are low, there have been moves to adopt alternative methods for delivering a reliable blockchain. These include proof of stake (PoS) and proof of reputation (PoR) algorithms.

Despite all this, many big questions remain about public blockchain performance as various initiatives, for example from the following vendors, demonstrate:

Each, in their different way, has claimed high tps (transaction per second) throughputs for commercial environments and workloads. Yet, with the possible exception of Billon (with its Biuro Informacji Kredytowej customer), none has produced ‘real life’ (as in ‘real’ implementations) which provide support for their performance claims.

That does not mean that they cannot deliver. It does, however, mean that in 2019 enterprises should assess progress because, when one or more can demonstrate sustained commercial workloads, this will be the equivalent of women breaking the executive glass barrier.

How to assess the soundness of a blockchain proposition

One of the challenges in 2018, which will become more critical in 2019, is how enterprises assess the relevance and practicality of any proposed blockchain initiative and more importantly work to deliver them in the real world. Here are five criteria:

How to make a decision? If a proposed blockchain project does not satisfy at least three of the criteria above it is likely it has a much higher chance of either failure or business irrelevance. Conversely, satisfying four or more likely suggests there is an appropriate base on which to build.

In summary: The reality for Blockchain may be more 2020

All in all, 2018 saw blockchain shift a gear. It moved from an attractive theory to being possible.

2019 should see blockchain become both practical and enter into practice, though in a limited fashion. In effect, blockchain is transitioning from the unattainable to the attainable – for all sizes of enterprise with wider-spread adoption most likely in 2020/2021.

What world problems do Blockchain and cryptocurrencies actually solve