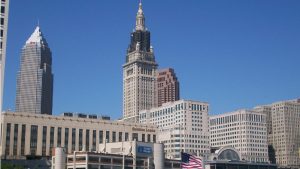 Sage has announced that JumpStart leveraged Sage Intacct to grow the nonprofit by 50% with only a 25% expansion of its finance team in just two years. By implementing cloud-based accounting software, it also accelerated invoicing by 80% and shortened billing cycles from 60 to 15 days.

“When I joined JumpStart, our inter-company processes were a massive burden, and it was clear we needed a more sophisticated financial management solution. We looked at Oracle NetSuite and Acumatica, but quickly ruled them out. Given my prior experience, I knew Sage Intacct was the only solution truly designed for finance, and had confidence that its multi-entity capabilities, strong financial controls, and flexible reporting dimensions were the perfect fit for our diverse needs” said Karen Adame, managing partner of operations at Jumpstart.

Founded in 2004, Jumpstart is a Cleveland-based venture development organisation. Its mission is to:

In recent years, the organisation’s funding has increased and it has expanded to offer:

All of this activity intensified the burden on the existing finance. When JumpStart’s original CFO left, Jumpstart’s management decided to broaden the CFO role and brought in a new managing partner of operations, Karen Adame. She took a fresh look at the organisation’s systems and processes. One of the first decisions she made was to replace the on-premises Microsoft Dynamics SL system with Sage Intacct’s cloud-based financial management solution.

The Sage Impacct on Jumpstart

Possibly as significant, by using Sage Intacct, Jumpstart’s planning cycles are twice as fast as before. Forecasting and budgeting happens in 3 week windows – rather than on a 60-day (8-9 week) cycle. Similarly, Jumpstart leverages Sage Intacct functions to capture business context for reporting, which it can arrange by:

“The majority of our work is done by shared staff who divide their time across multiple business entities, 12 lines of business, and many clients. We budget estimated time from each employee in advance for specific programs, and it’s extremely important that their actual time is allocated accurately, especially for state grant reimbursements,” added Ms Adame. “With Sage Intacct’s statistical accounts, we avoid hours upon hours of manual work because it’s easy to capture time tracking data, then compare it to our initial plans to make sure nothing is out of whack before we close out the month.”

As one measure of the success, the Jumpstart finance team is now capable of creating permissions-based dashboards for its different leaders. This applies across the nonprofit. This eases employee time allocation across programs and even improves the annual audit by 50%.

The dawn of Sage Intacct in Australia