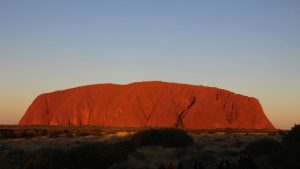 Sage Intacct has launched in Australia. The financial management solution is one of the leading financial ERP systems in the US. It recently received the highest Product Score for Core Financials for Lower Midsize Enterprises in Gartner’s Critical Capabilities Report. Now localized for the Australian market, Sage is trying to re-accelerate its growth with the product it bought in 2017.

The announcement comes slightly earlier than expected and just after it launched its third release of the year. This included additional features specifically for the Australian market. The software appeals to finance professionals as it was designed by accountants and has one of the most extensive multi dimensional accounting engines on the market.

There is also an extensive marketplace allowing partners to provide vertical industry functionality. One such partner is Kimble Applications who has a presence and customers in Australia and is one of the launch partners. Kimble provides a PSA solution suitable for professional services organisations.

Kerry Agiasotis, Managing Director & Executive Vice President, Sage, Asia Pacific, commented: “We are strongly committed to addressing the pain points of Australian businesses with technology that helps their organisations to thrive. That’s why we have invested in bringing Sage Intacct to Australia, with which we believe we can set a new standard for Australian finance leaders on their journey to drive digital transformation.”

Go to Market in Australia

According to LinkedIn, Sage has around 300 employees in Australia. This is far larger than many US companies launching in the country. However, many of those will already have existing roles for other solutions. Sage is sensibly taking a two-pronged approach. On its launch page, it lists several of the application partners available through the Sage Intacct marketplace:

Sage has also brought on board several of its existing and new channel partners to resell Sage Intacct. This should give it a rapid growth in what is a competitive market. It has already certified seven channel partners with Sage Intacct with an inference of more to come.

What is surprising is the number of partners looking to sell both NetSuite and Sage Intacct. Compared to the US, this is unusual. It will be interesting to see how that dynamic develops in Australia.

The CFO role is changing

Coinciding with the launch Sage also released a study. This is focused on its target market in Australia, small to mid-sized organisations, looking at the impact of digital transformation. The research is based on a quantitative survey of 204 respondents in finance leadership positions. The majority of the respondents were from services industries. 42% were from professional, scientific and tech services and 19% management consultancies.

Looking at the forces driving change, 67% of finance professionals are becoming business advisors rather than number crunchers. 93% of respondents say that the CFO role has changed over the last five years. However, without a qualitative interview to back this up, it is difficult to identify how extensive or what those changes are.

The survey highlighted three themes that are the main roadblocks to transformation.

The research digs deeper into these topics with some interesting findings. It concludes with three main findings.

These are not unsurprising findings but some of the nuanced findings in the research are worth a read.

Aaron Harris, Chief Technology Officer, Sage commented: “As the digitalisation of core processes drives every aspect of our work lives, the platform decisions CFOs make are increasingly having wider and deeper impact on organisations’ ability to compete.

“Sage is committed to providing finance leaders with trusted tools that enable them to not only deliver on their core competencies, but also be confident in driving the digital agenda throughout their organisation. Sage Intacct empowers finance teams to accelerate growth, streamline complex financial processes, and deliver the rich financial and operational insights needed to scale their business.”

Sage has clearly planned the launch. The addition of a large number of certified launch partners demonstrates that, even if they do not all (yet) announce that they are Sage partners selling Sage Intacct. Once suspects that will change in the next few days.

What was missing from the release and the website, was more detailed information about localisation. Over the last few releases Sage has implemented several changes specifically for the Australian market. It is a shame that these were not highlighted as it would demonstrate its readiness for launch.

Surprisingly, there was also no quote from a beta customer in Australia, nor any visible quotes on the website. That should hopefully change soon. Next up is the UK. It will be interesting to see when that product launches, perhaps at Intacct Advantage later this year.