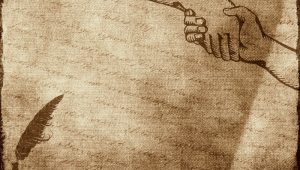 A potentially key development underpinned by blockchain technology are smart contracts for commercial real estate deals. Boiled down, a smart contract is computer code which can self-execute – as well as self-enforce – the terms and conditions laid out in a legal agreement. To the world of commercial real estate (CRE) the decentralised nature of blockchain and smart contracts offers the opportunity to bypass expensive ‘middlemen’ such as financial institutions and solicitors.

In the commercial real estate industry, smart contracts are already being used to conduct property transactions such as buying, selling, leasing and financing.

Since smart contracts run as software code, they do not require the manual processing of documents. This means smart contracts can significantly quicken various purchasing stages, including verification and ownership.

With CRE transactions typically involving multiple intermediaries – such as brokers, banks and solicitors – a smart contract has the ability to ‘take over’ some or all these functions, thereby facilitating the exchange between the buyer and seller, with fewer parties involved. Similarly, with fewer or no ‘middlemen’ to deal with in a smart contract, there is less need to pay often expensive intermediary fees: if proven in practice, this would enable both buyer and seller to save.

Interestingly, a majority of those surveyed rated smarts contracts as ‘highly secure’. Their reasoning is that, with records placed on a blockchain, these records are immutable which, in turn, means documents cannot be forged and opportunistic property scams become much more difficult.

Savoy Stewart also asked what the CRE professionals think are the main barriers which might inhibit wider use of smart contracts in the future. Unsurprisingly, respondents cited ignorance, the lack of smart contract understanding/knowledge as the primary reason why the CRE industry might not exploit them on a greater scale going forward.

Almost as concerning, a clear majority felt government inaction or precision – about how it intends to regulate and tax smart contract transactions – will limit smart contract adoption. Other inhibitors included:

Smart contracts have an allure, because they seem to offer the possibility to eliminate middlemen – like lawyers, banks and others. Ironically, commercial real estate agents are ‘agents’ – middlemen – themselves. There is the possibility that, if buyers and sellers can find each other, they can eliminate CREs as well…

The bigger issue, to Enterprise Times, is the assumption by the CRE respondents that contractual terms and conditions are capable of encapsulation within a smart contract. If contract standardisation was simple it would have happened already in the ‘manual’ world. That this has not occurred suggest that commercial real estate smart contracts may not permeate soon, aided (as Stuart Savoy discovered) by a lack of government clarity.