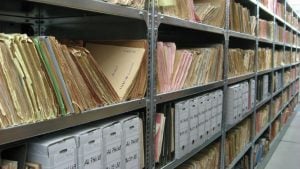 The relentless pace of business in the 21st century and the need for established businesses to find new revenue streams has led to a degree of merger and acquisition mania. Since 2000 there have been over 750,000 transactions globally at a combined value of over $75 trillion. There are many varied reasons for acquisition transactions, but some common examples by sector include:

True mergers – the coming together of equals to create a larger organisation – are less common than one might think. Invariably the motivation for a merger is often to compete with a mutual, larger competitor. True mergers have been prevalent in professional services industries, like accountancy and law firms, but not so much in the technology industry, although my early alma mater, Unisys, was formed between two relative equals, Burroughs and Sperry, both desperately trying to give IBM a run for their money.

A counter-intuitive part of M&A also needs to be considered – that of company-level divestitures, where a company might split into two (sometimes more) separate legal entities. A well-known example would be HP, which divested into HP Inc and HP Enterprise in 2015.

The phases of M&A

In all these cases – a merger, an acquisition, and a divestiture – there is clearly a pre-transaction phase and then a post-transaction phase. The former is generally termed the “due diligence” process, as the acquirer, or divestor tries to understand what they are letting themselves in for with the proposed transaction.

In the post-transaction phase, is often termed post-merger integration the aim is to get to a state of BAU (business as usual), as quickly as possible. Not unsurprisingly, a core component of the pre-transaction phase is understanding what obligations the target company might have that the acquirer needs to be aware of. These might be with suppliers, customers, regulatory authorities and so on.

The same also applies to divestitures, in a different way. In some cases, it is often more complex where contracts are shared or in the wrong name. Also, contract terms might be impacted – for example contracts based on common spend, costs might need repapering to take account of increases or decreases after the split.

In both phases It is critical to identify opportunities for synergies and revenue optimization, while at the same time understanding how much risk the organization might be taking on as it relates to its contractual position. It is also key to understand the scale of obligation the acquirer will be taking on. Much of that is tied up in a contract, the formal instantiation of a relationship between a company and its suppliers and customers.

Given that the number of contracts can run into the hundreds of thousands or even millions, it would be clearly impossible to analyse the entire corpus in a due diligence phase. Historically, a legal team would be spun up; a key, but small, percentage of the most important buy-side and sell-side contracts would be identified and then the legal team would get to work reading those contracts, manually looking for those obligations and risk points.

Machine learning technology, often termed “legal AI”, has helped increase the volume of contracts being brought into scope. At the same time the accuracy of results and efficiency of analysis has been significantly improved. There are many legal AI companies out there touting their capabilities to do this type of basic M&A due diligence, aka document review. The extractions they offer usually include core M&A specific clauses and language, such as retention rights, change of control language, terminations, assignment rights and so on.

Most of the better document review centric technology solutions are capable of extracting the basic level of data from a contract. However, it is questionable as to whether those solutions can do it quickly at scale, and to do it with the degree of precision and recall that instills the M&A party with confidence. It is essential that they know the obligations and the risks they will be taking on in any transaction.

Pure-bred, AI-driven, contract analytics technology has long been able to do this and more, delivering the kind of insight that an acquirer is looking for. It provides advanced analytics that cover more topics, provides more details and ultimately delivers better data-driven answers.

A bonafide contract analytics solution for strategic M&A does this at scale, across tens of thousands of contracts, even if they are on third-party paper (which has long been problematic). This surfaces critical, actionable information without the need for deep subject matter expertise. For organizations needing to do due diligence at scale with a degree of accuracy, contract analytics is an obvious choice.

The importance of post-merger integration

That is, however, only half the story. Only the leading contract analytics solutions address the equally important phase of the transaction, the post-merger integration.

AI technology accelerates the understanding of how to get to a ‘business as usual’ state more quickly. As with pre-merger analysis, it is important that the technology performs at scale. If numbers are your thing, one leading contract analytics solution has been tested to process more than 6 million contracts in 72 hours – a level which even the largest companies in the world would not reach.

Finally, although it is less frequent as a business event, we are seeing contract analytics being adopted to help with divestitures. A number of the largest and highest profile organisations have adopted, or are adopting, contract analytics to do document review on the hundreds and thousands of contracts involved in a divestiture.

This helps to determine how they should be processed going forward. Do they go to this side of the house or that side? Do they need repapering because the contract can’t logically go to one side or another? Are there assignability rights in the contract? Is there ‘change of control’ language, which might determine which side of the fence the relationship (and contract) should reside?

These represent just a fraction of the questions that must be answered as companies address their contractual requirements with suppliers, customers, vendors and the regulatory requirements of the transaction.

Enterprise-level contract analytics is increasingly helping the global 2000 with their M&A use cases and delivering substantive benefits by speeding up the due diligence phase. Strategic contract analytics solutions are surfacing answers to crucial questions and addressing the post-merger integration phase, which is all about “the hard yards”.

Seal Software is the leading provider of contract discovery, data extraction, and analytics. With Seal’s machine learning and natural language processing technologies, companies can find contracts of any file type across their networks, quickly understand what risks or opportunities are hidden in their contracts, and place them in a centralized repository. Based in San Francisco, Seal empowers enterprises around the world to maximize revenue opportunities, reduce costs, and mitigate risks associated with contractual documents, systems, and processes. For more information, visit Seal Software at www.seal-software.com