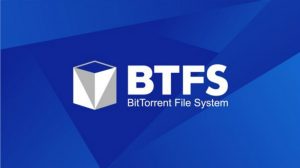 , a blockchain platform, has announced its plan to incorporate decentralised storage (as another blockchain solution) into the BitTorrent ecosystem. This represents another step in TRON’s mission to create a borderless Internet where privacy and ownership are user-controlled.

TRON is dedicated to creating a boundary-free internet that inspires innovation across industries. TRON’s subsidiary, BitTorrent, aims to give users direct access to applications, content and media by combining best-in-class blockchain approaches with innovations in peer-to-peer sharing and other technologies.

“BTFS is a continuing step in our mission to create a decentralized internet that allows everyone to share in the wealth of web commerce,” said Justin Sun, founder of TRON and CEO of BitTorrent. “We’re creating a platform with BTFS, BitTorrent Speed blockchain integration and the BTT utility token to let users quickly and privately interact with each other around the world without a middleman or government intervention.”

A 2018 study from McKinsey Global Institute analyzed 5,750 of the world’s largest private and public companies with revenues of $1B or more. This found the top 1% of those companies captured 36% of the economic profit. A decentralized Internet could create a scenario where some of those profits – say from ad sales, data collection and other means – share back to people who have chosen to opt in to big companies’ business models.

BitTorrent plans to leverage its:

In so doing it hopes to become the world’s largest distributed storage and media sharing network. Assuming the testing, which started in the spring of 2019, completes successfully, a full implementation should happen by the end of the first quarter of 2020.

TRON has adopted a three layer architecture which it divides into:

The TRON protocol adheres to Google Protobuf. This intrinsically supports multi-language extensions. In the Core Layer are several modules including:

TRON implements a stack-based virtual machine with an optimised instruction set. To support DApp developers TRON chose Solidity as the smart contract language. Other advanced languages will follow. TRON’s consensus mechanism is based on Delegated Proof of Stake (DPoS). This has required innovations to satisfy TRON’s unique requirements.

For its distributed storage protocol, TRON designed an approach consisting of Block Storage and State Storage. It introduced the concept of a graph database into the design of the storage layer to address the specific needs for diversified data storage in the real world. For blockchain storage, TRON chooses to use LevelDB (developed by Google and proven by other users and projects). It performs, and supports:

The TRON protocol adheres to Google Protocol Buffers. This is a language-neutral, platform-neutral, and extensible way of serializing structured data for use in communications protocols and data storage.

Recognised as a leader in peer-to-peer protocols and products, BitTorrent will incorporate the blockchain into the BitTorrent File System (BTFS). Its objective is to enable users to receive, as well as host, storage on their computers in association with other individuals and businesses. A variant of the open-source InterPlanetary File System (IPFS) protocol, testing on BTFS began testing in late May 2019. It is the first step in creating a distributed web platform powered by blockchain technology.

BitTorrent File System (BTFS) is both a protocol and network implementation. It provides a content-addressable, peer-to-peer mechanism for storing and sharing digital content in a decentralised file system. BitTorrent Speed rewards BitTorrent users with BitTorrent tokens (BTT) in exchange for:

Users will gain the opportunity to be a part of a tokenized, decentralised Internet. The effects will be to support content creators all around the world from Torrent clients.

In Q3 2019, the BTFS Mainnet will launch for public access. This will power all TRON decentralised applications which require such a decentralised storage network. Preliminary developer tools will be available. A selection of popular DApps, built by the community, will run on the platform, including:

BitTorrent has name recognition. TRON has similar name recognition in the cryptocurrency environment. Creating a new token called BTT (which sounds very like BTC) has some interesting potential for confusion – which seems to be the main ingredient of the TRON/BitTorrent announcement.

There may well be considerable value in what TRON/BitTorrent are attempting when they add a blockchain dimension. But that value lacks a coherent explanation or any detailed examples of what it brings to users. Enterprise Times is confused (which was also true with PO.ET and BitTorrent).