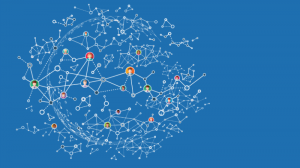 has officially joined the Decentralized Identity Foundation (DIF). This is a consortium formed to create and promote an ecosystem where decentralised identities use blockchain-based ID systems.

Robert Mao, CEO of ArcBlock said: “we are excited to announce ArcBlock has joined the Decentralized Identity Foundation (DIF) as a complement to our existing efforts to make decentralized identity available to everyone through our Forge Blockchain Application Framework and recently launched ABT Wallet. We are excited to join together with other like-minded organizations and expand our partnerships with Microsoft, and IBM, and making blockchain-enabled services and decentralized identity across their entire ecosystems.”

DIF is an engineering-driven organization. Its focus is on developing the foundational elements necessary to:

Separate groups in DIF develop the specifications and emerging standards for protocols, components, and data formats that implementers can execute against. Beyond specifications, DIF members create open source reference implementations of the technical components and protocols they create.

As an industry organisation it coordinates in the Decentralized Identity space. As such the DIF seeks to align industry participants to advance their common interests and includes members drawn from companies, startups and open-source projects, including:

The Foundation said that “Our members come from different backgrounds, market verticals, and regions of the world—in many cases are direct competitors. However, this diverse set of individuals and organizations is bound by a common creed: the belief that identity is composed of a deeply personal collection of data that defines us, and your identity should answer to no one but you.”

The ArcBlock dimension: what it adds

ArcBlock offers a blockchain application platform which combines the cloud computing with a blockchain ecosystem. The combination enables developers to build, run and manage blockchains and decentralized applications (DApps).

The ArcBlock blockchain application framework includes the ABT Network, an interconnected blockchain network. ArcBlock believes this represents the easiest way to build blockchains and DApps with its Forge SDK and decentralised identity (DID) capability. The result is a reimagined user experience where users:

ArcBlock recently released new decentralised identity solutions for developers and end-users. These include an open W3C compliant DID protocol which supports cross-chain transactions. By joining the DIF ArcBlock:

The attraction of decentralised identity (DID) for replacing identifiers like email addresses or username is that it removes the need for third parties to maintain digital identities on their servers. DID can work because its roots are in blockchain technology – with secure, distributed ledger technology protect privacy and enabling secure transactions.

There are many, many vendors hoping to win big in the DID space. For that reason the existence of the DIF is logical, as is ArcBlock joining. Whether the DIF can deliver as it describes is open to question. Yet having some common forum is better than a broad spectrum of incompatible initiatives.