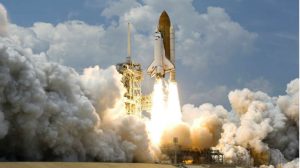 Sage has issued its half year results ending 31st March 2019. Revenues were up 6.2%, year over year to £941 million ( H1-2018 £886 million). Recurring revenue rose by 10.2% to £779 million (H1-2018 £707 million). Steve Hare CEO is optimistic commenting: “We are encouraged by the strong start to FY19. Sage’s vision is to become a great SaaS company and by focusing on customers, colleagues and innovation we are starting to see evidence of successful strategic execution. This is reflected in the strong performance in high quality recurring revenue, underpinned by subscription in the first half of the year. We will continue to focus on driving high-quality recurring and subscription revenue in the second half of the year.”

Signs of growth in cloud

There are some even more important trends in the results besides increasing revenue though. Sage also published its growth in cloud.

These are also movements in the right direction for Sage. However there is a caveat. Sage does not publish what percentage each of its products is actually growing by. It is possible that Sage 50C is a large proportion of this growth rather than its “pure” cloud  Sage Intacct or Sage Business Cloud Accounting or the hybrid Sage Enterprise Management. Until it reveals how each of those products is actually growing the medium term picture is obfuscated.

Sage Intacct growth appears to be strong however, the recent appointment of Aaron Harris as Chief Technology Officer would indicate that Sage wants a bit of the magic from Sage Intacct to rub off on the parent organisation. Sage Intacct will launch later this year in both Australia and the UK. When that happens, it will have a mature mid market cloud accounting solution that will compete in the services verticals. It will compliment its manufacturing ERP, Sage Enterprise Management, allowing it to compete in more sectors against the likes of Oracle NetSuite.

Under Hare the financial metrics are strong:

These were helped by the long term efforts of Hare to streamline the business, cutting unnecessary costs. They were also boosted by the sale of the US Payroll processing arm for £27 million. Though it isn’t entirely clear why the original news broke with a price of £78 million (£73 million) on close and a one time gain of only £27 million. Those gains were offset by a property restricting cost of £14 million, no further details on this were disclosed. This should further reduce operating costs going forward, improving margins again.

Hare is streamlining performance for Sage and as revenues for Sage Business Cloud grows one might think all is in good health.

Is it all positive?

Not quite. Renewal rate by value was announced for the first time at 100%. In theory this is a strong result. Hare should also be praised for actually announcing the figure. However, most successful cloud companies return a higher than 100% mark as it includes customer growth and cross sell revenues. This therefore means that there is a certain amount of churn within Sage Business Cloud. That is not wholly unexpected but Hare will want to see that number climb.

Growth in both North America (12%) and Northern Europe (UK & Ireland) (14%) is highlighted. As these are the two largest Sage markets and above average one wonders whether growth in other regions has dropped off. Sage was celebrating a return to health in France at its year end, has this now reversed again? What about other countries?

Hare is bringing a period of financial stability to Sage. He is also sensibly thinning down its product set and investing in pure cloud solutions. The investment in Sage Intacct for the UK and Australia market is key. There has been no announcement yet about whether that product will then be rolled out across other regions. If Sage is to maintain itself as one of the leading software vendors in the accounting software market it will need to do so.

These are positive results and after a sharp dip its shares recovered to 744.60 at the close on Friday, down only 1.56%, but up from 721.8 a month ago. 2019 looks to be a good year for Sage, with revenues and profits up. For Hare, 2020 will be a significant year. It will mean a significant spend on marketing for Sage Intacct in both Australia and UK as it launches the product. It will also need to show significant success to convince analysts that it is successful. Sage will need to make sure that its channel, sales and marketing are fully aligned to see the kind of returns it needs from the launch.